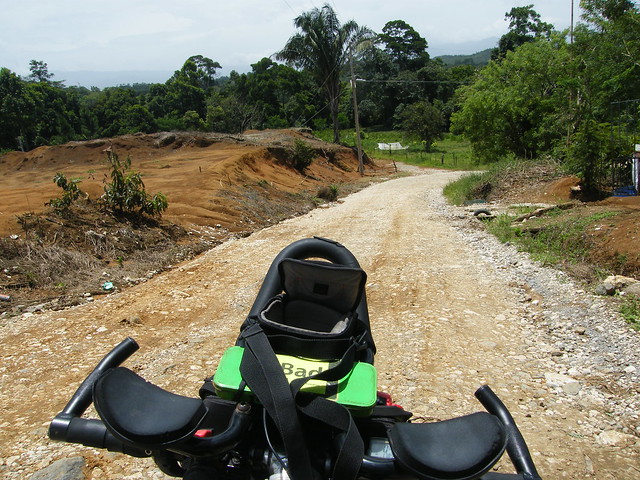 Rural Panama was not much different from the rest of Central America, except for the quality of the roads. I cycled on a perfectly smooth new road past palm thatched bamboo huts, where I stopped for water at one point. I think the roads are paid for with canal money - container ships pay a lot to transit the canal, from $50,000 to $250,000 said one blog. One other difference was the coffee, which I saw growing in the mountains near the border with Costa Rica. 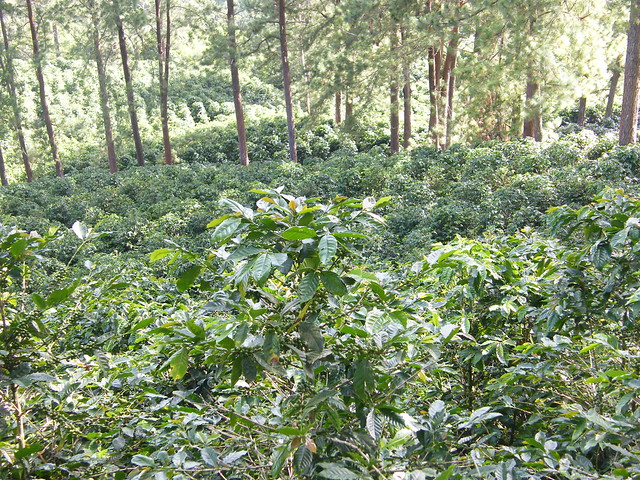 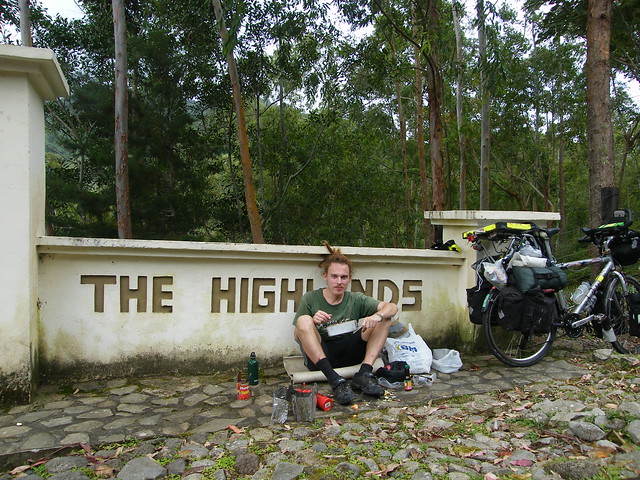 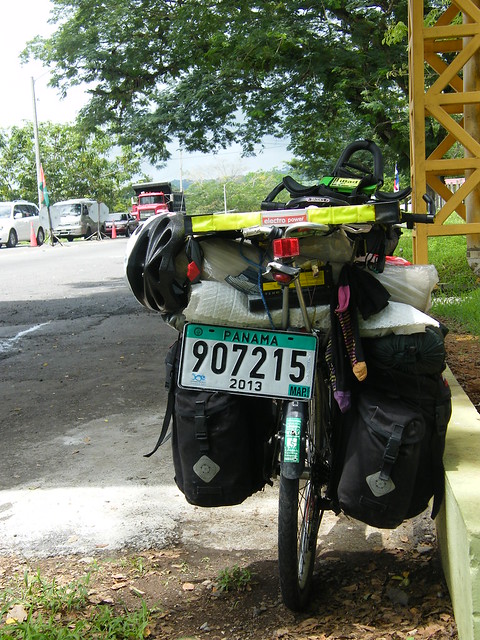 It was properly into the rainy season now. I cycled in the rain because otherwise it would be hard to get anywhere. My bike didn’t like it. The chain would start squeaking after a shower, and after two heavy ones the pedals started making noises. I think the rain had washed the grease out of the pedal bearings. I want to get new pedals anyway - these ones are metal, and cut up my legs. They are also generally poor quality.

I just tried to get along the road as quickly as possible. The most remarkable thing about the Panamaericana here was how unremarkable it was. It was boring and moderately dangerous the whole way until the city.

Entering Panama City was however quite special. Before I could do that I had to cross the canal, on the Bridge of the Americas. I had read you are not allowed to cycle on this because they think it is too dangerous, but noone stopped me. It was rather exciting, and I was happy at the significance of crossing the canal. I meant I was near enough done with this continent, and ready to go to South America. The bridge did seem dangerous, but after days of traffic passing me too close I had given up caring about it. There was nothing I could do - either the traffic would see me and pass or it wouldn’t, so I just had to trust in fate. I cycled with one hand and took photos. 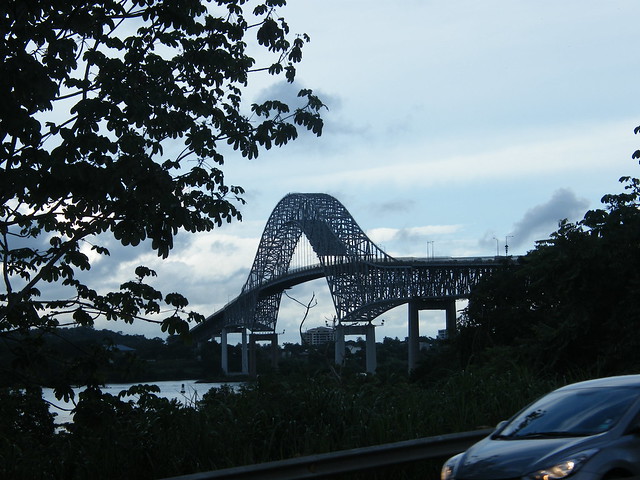 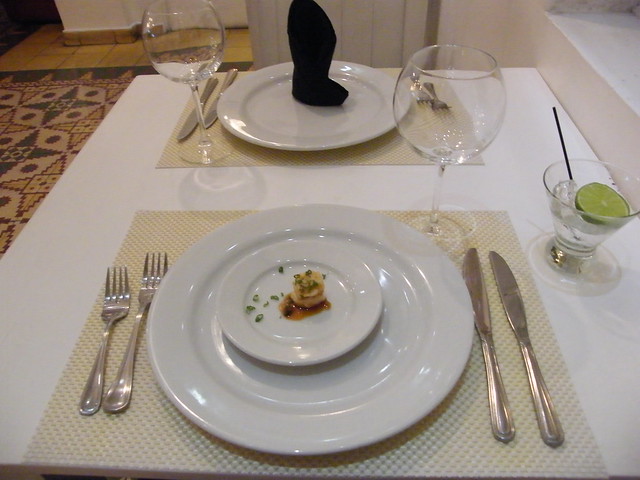 I celebrated by going to a fancy vegetarian restaurant with comically small portions in Casco Viejo, the old part of town which is being done up from squats which are falling apart to an expensive area for tourists. I ended up spending weeks in Casco, looking for a boat, relaxing, and generally not doing very much. 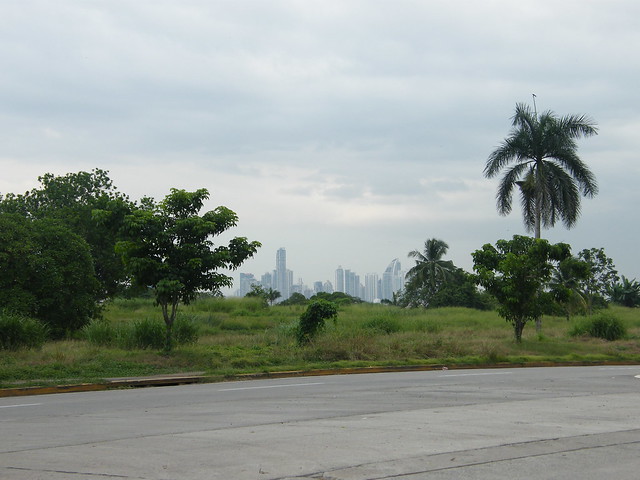 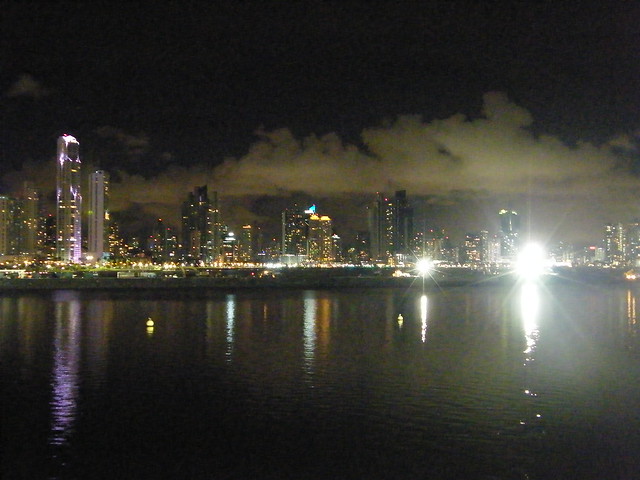 Eventually I set off on the bike again. I wanted to have a go at hitching a lift to Colombia, because the tourist charters are so expensive. The road to the Caribbean coast was just a chore, but the result was a pretty good tick - I have now cycled from the Pacific to Atlantic oceans in a day! I stayed in Portobelo for a few days, in a truly disgusting hospedaje I had seen a previous cyclist had stayed in. There could be a game of guessing the country by the disgusting hostels. I asked around about boats, but didn’t get any good results. I also tried at Puerto Lindo briefly, but decided I would just pay. I went back to Panama City while I waited for the next good option on the web.

I booked, and got a bus back to Puerto Lindo to board the Santana for Cartagena.