There are various ways to get from Panama to Colombia: flying, cargo boat in the Pacific, small cargo launches between islands in the Caribbean, and a sailing yacht in the Caribbean are some of the options. Travel by land is a serious undertaking and very rarely done. The area between the countries is called the Darien Gap: here there is a break in the Panamerican Highway, and nothing but thick jungle and various natural and man made dangers. The difficulty Scots had living here is one reason why Scotland joined with England and became Great Britain.

I wanted to take a boat anyway, and preferably a bigger sailing to keep my bike away from the salt. I tried hitchiking from Portobelo and Puerto Lindo, but in the end decided just to pay the tourist rate for a berth on the Santana. Although very expensive, it was not a bad decision. The San Blas islands along the Panama coast are the classic tropical islands, many with nothing but sand and a few palm trees.

I joined the boat in Puerto Lindo. It turned out the wrapping was not really necessary. 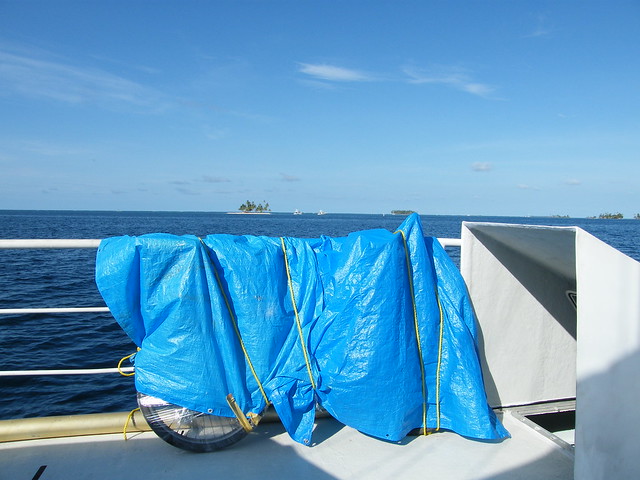 Officially leaving Panama was the easiest border so far. The captain took our passports to this office while we did nothing. 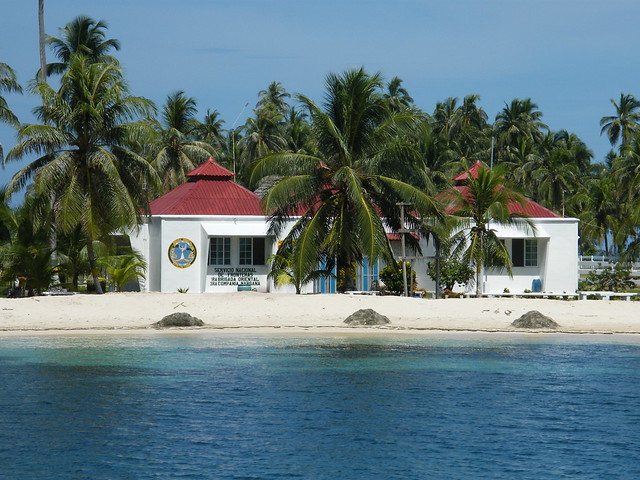 It is obviously a popular place for cruisers. 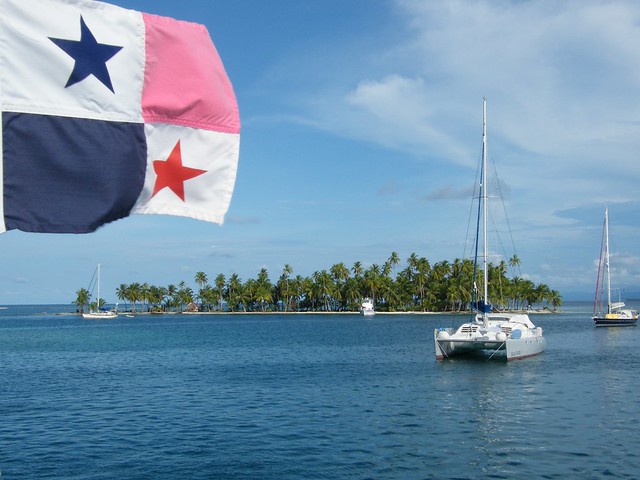 The Kuna people inhabit these islands. I don’t know how they manage with so little resources, but one thing they do now is sell lobsters and beaded jewellery to tourists on the big boats. 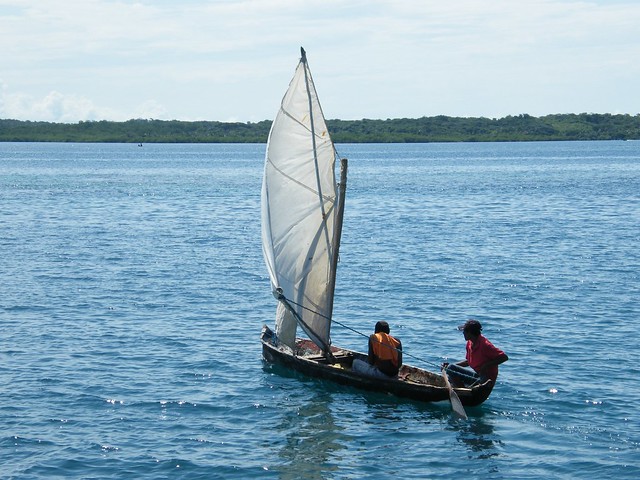 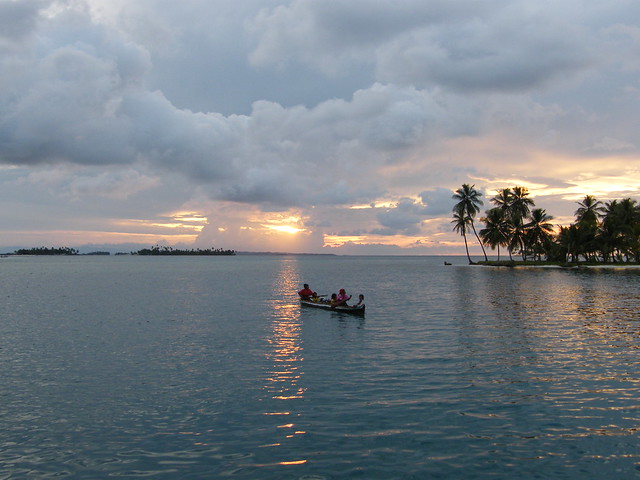 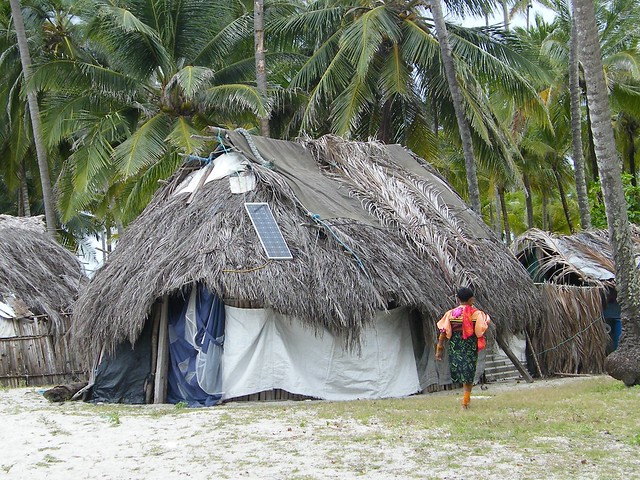 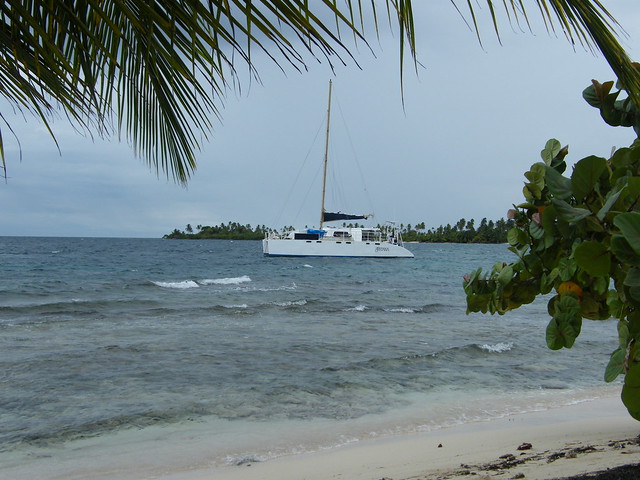 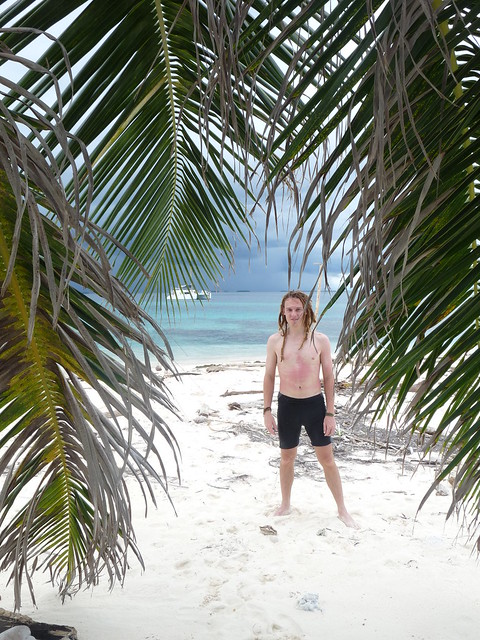 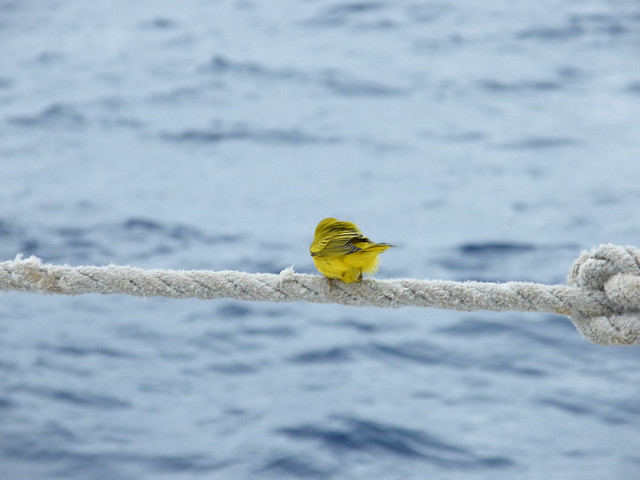