I previously wrote about oiling the noisy fan in a Thinkpad X60s. You should read that post first if you want to do this, because the procedure is much the same for the X61. Oiling the fans made a great improvement to the noise levels.

The heatsink and fan are of a different design to the X60s. In the X61, the heatsink is copper and the fan has a plastic case. The main fan bearing is easier to access on the X61 because you can just unscrew the fan cover from the heatsink.

The X61 also has a second fan, which is under the palm rest in the middle of the computer. This can be opened by bending the metal tabs holding the cover on, in the same way as the main fan on the X60s. It helps to stop the problem the x60s has of a burning hot palm rest. 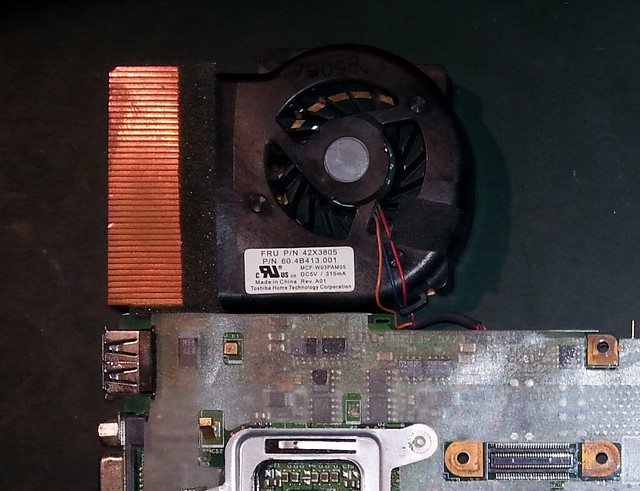 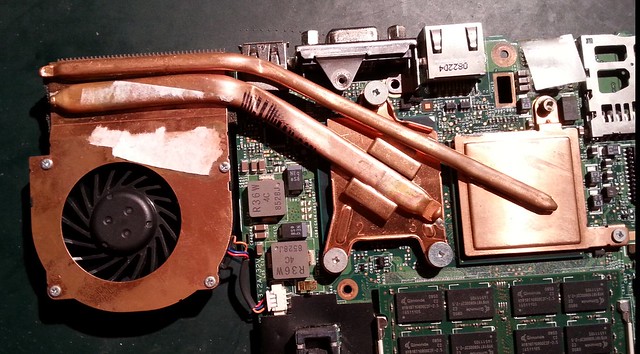 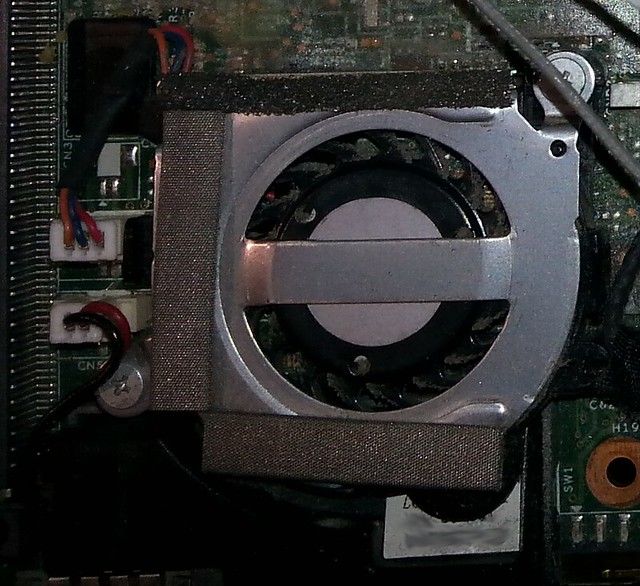