When the earth is ravaged and the animals are dying, a new tribe of people shall come unto the earth from many colors, classes, creeds, and who by their actions and deeds shall make the earth green again. They will be known as the warriors of the Rainbow. – Native American Prophecy, seen here.

The Palenque Rainbow Gathering is one reason I came to Mexico now, to begin cycling at the End of the World.

I arrived in Palenque by overnight bus, had breakfast and set off down the road. 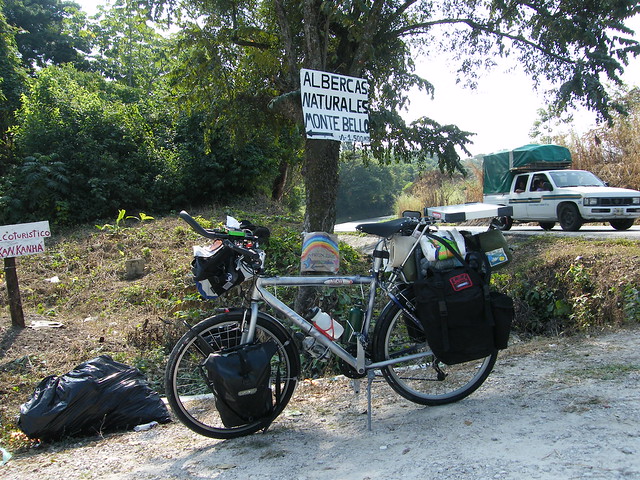 Leaving Palenque there was a short section of main road before reaching the turnoff for the Rainbow. Then the road was awful. Very bumpy surface, rocks, and it went up and down. My bike was heavily loaded and I was not particularly fit. On the way up the road, though, I met a friend I last saw in Europe a year ago, who was walking to town. :) 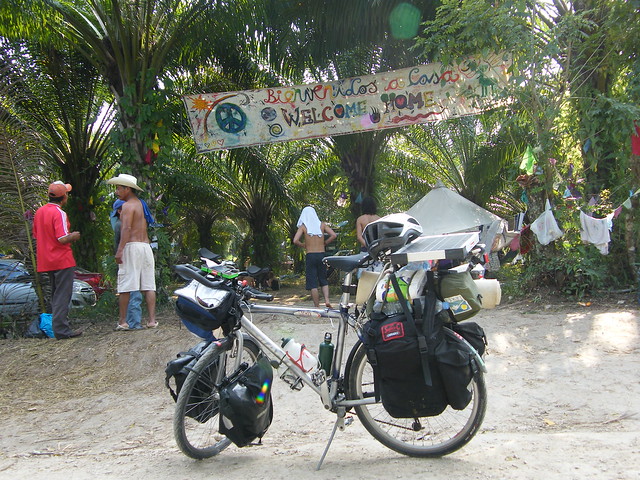 Eventually I arrived, and one of the first things I did was go for a swim in the river pools. 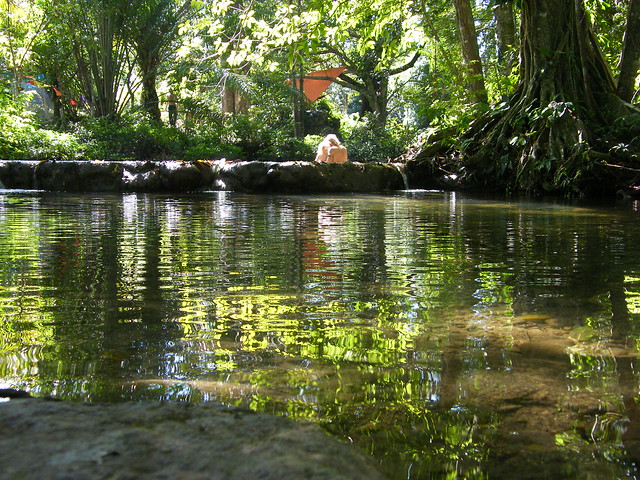 I went for a walk around to explore and look for a campsite. On the way back to get my bike and things I met three other cycle tourists who had just arrived. Mykal and Nico, who were cycling to Guatemala to help build an earth ship, and Lance, who was cycling to Panama. We set up camp together. I stayed for the next two weeks. 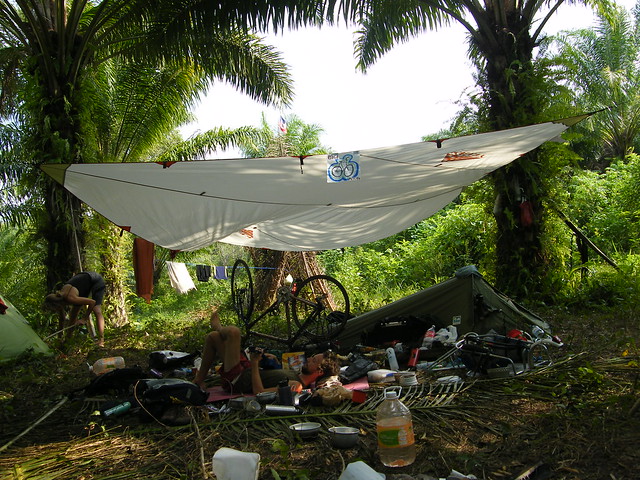 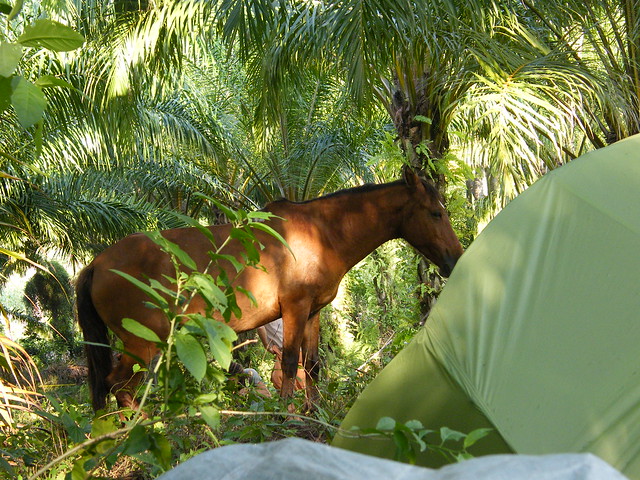