I spent the last two weeks at the Palenque Rainbow Gathering. Unfortunately I didn’t enjoy it very much. There were times I did - the few days I was not ill I enjoyed swimming and slacklining over the river. Most of the time though I was ill with various ailments. I suspect I had Giardia from the river, and then a cold. Sanitation is difficult with so many people living in a temporary camp.

Some amusing moments though included going for a night out at the theatre, in the forest, singing and listening to music, and a music therapy session. I also tried to fix Mykal’s dynamo to USB voltage regulator, but I didn’t have any gas for my soldering iron.

I spent some time asking people about hammocks and trying some out, because I was thinking of replacing my tent with one. I had to get something new anyway, because I found my tent now leaks badly and is not a comfortable home.

One day I went for a walk up the road to a wee village. It was the first time I felt I was seeing Mexico. There were horses on the road and it generally felt rural and like it was really Mexico, not just another town.

I visited the Mayan ruins one day as well. I didn’t enjoy it much though because I was generally in a bad mood at least partly because of illness, and because it was so hot I found it tiring to walk. I also didn’t like how there were so many people trying to sell things. 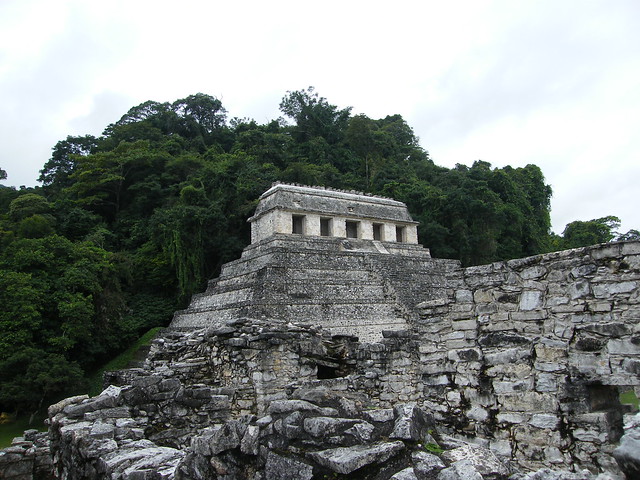 I learnt something about how palm oil is produced. The gathering was in a palm plantation, and one day some people came round with a donkey to harvest the nuts from which oil is extracted. 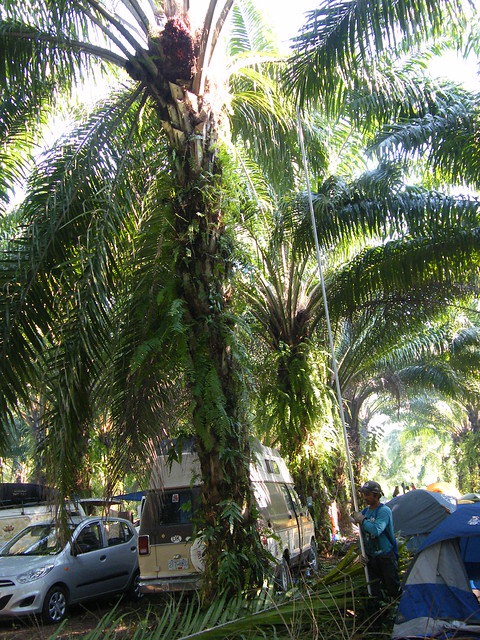 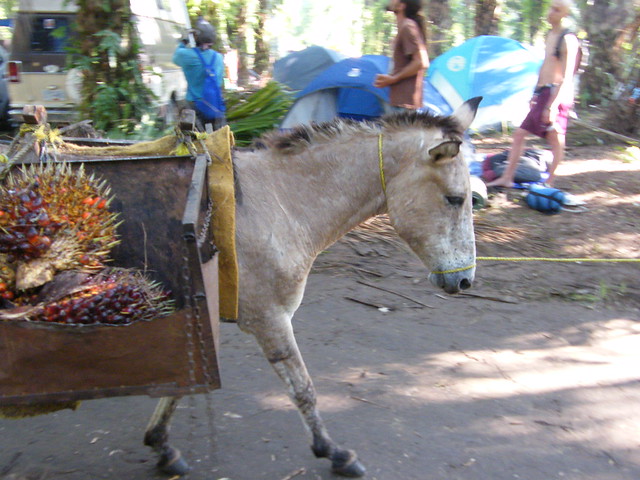 I had a couple of quite special experiences. One evening I participated in an Angel Walk. Another day I had a good experience when I decided to stop thinking and follow my feelings, which led to an interesting result. I might write about these later.