I designed and built a charger for Thinkpad batteries before I left, but there was not enough sun in Scotland to test it properly. Today in Tulum I tried it for real for the first time.

Tropical mid-day sun was sufficient. It charged the battery for a while. When I tried a battery that was at a higher voltage, it did not charge it as designed. The voltage cutoff was lower than I had set at home, but basically it seems to work. I did not leave it long enough to see it cutoff when full though. I also would like to measure the power supplied so I know how long charging will let the computer run. 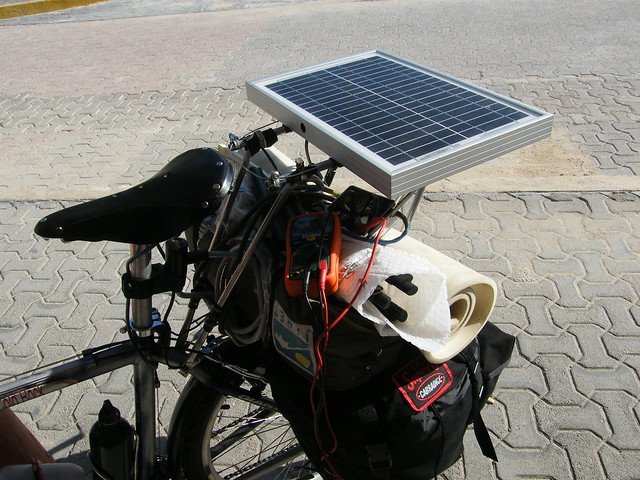 The charger is not mounted on the bike yet, so it’s just sitting on top while I measure voltages.