After far too long in Edinburgh I am finally moving. I decided that even if I was not really ready yet I had to leave because the weather was getting quite unpleasant in Scotland and if I did not just decide to leave would I ever really be ready anyway? I had booked a flight to Cancun, Mexico about two weeks ago but was still not ready. The photos below I took myself just before cycling to the train station. I hadn’t finished packing when it came time to leave to catch the train so I had to throw things in without time to decide what I really needed. It was the first time I had ridden the bike loaded with the new panniers and all gear. 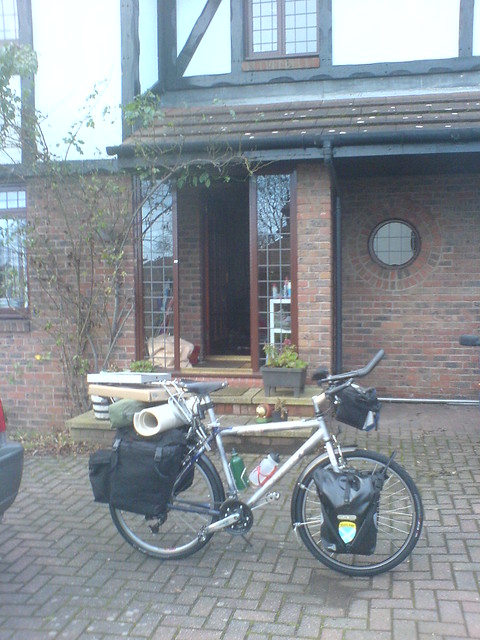 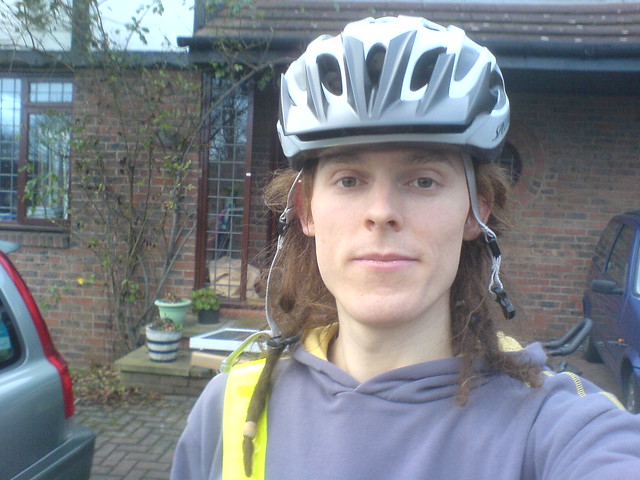 The handling with front panniers is very different. It felt like I had a flat tyre, I think because of the weight compressing the tyre and giving more friction on the ground. I cycled slowly and hoped nothing was going to break.

I got to the platform just as the train was about to leave. Someone told me I would not make it but I ran to the far end where bikes go. The box for my solar panel fell off as I ran but I did not have time to pick it up. Someone picked it up for me though and threw it on the train - it turned out to be Jannette who had come to see me off. :)