I arrived in Düsseldorf on Saturday morning by overnight trains, having decided not to take the boat up the Rhine. I confirmed the current was too strong by looking at it. 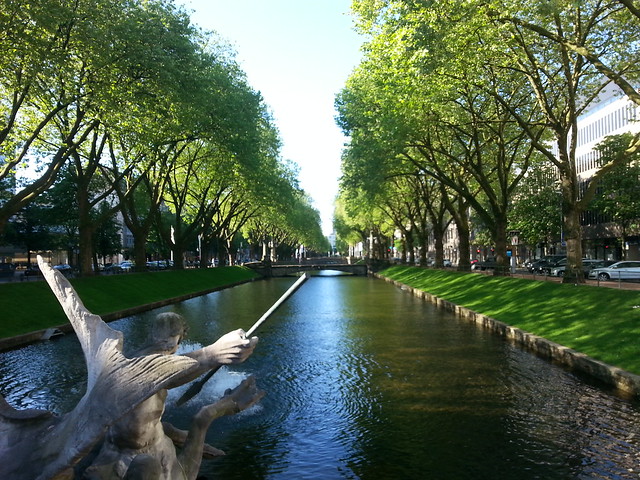 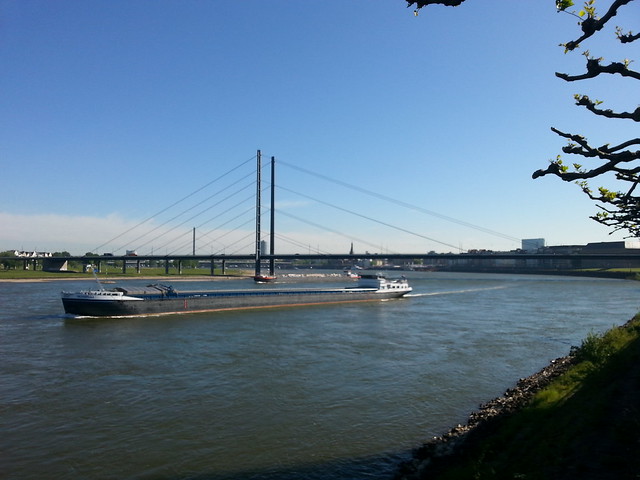 I took a slightly indirect walk to the event, so I could say hello to the river. When I arrived, I found a lovely outside seating area with water features and lots of sun.

The food was excellent, with vegan options and interesting things like toast with figs and mustard. There was plenty of chia, quinoa, coconut yogurt, interesting raw sugar mate, and generally all the hipster vegan stuff.

After introductions, we proposed topics to discuss for the first day. These are put on the wall to be arranged. The second day we would work on implementing something. 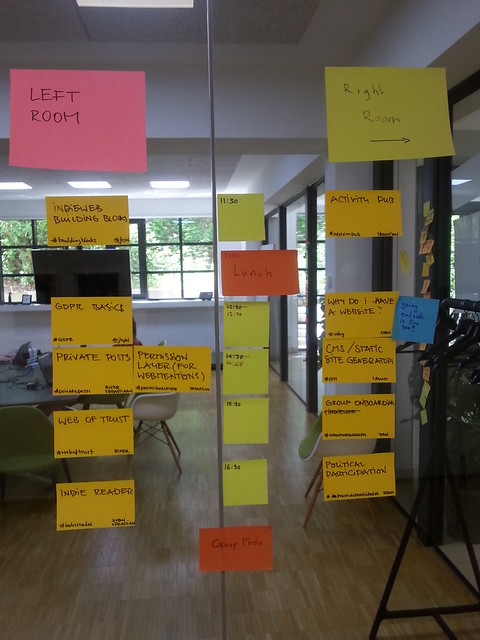 Perhaps the weather was too good for it though. :) 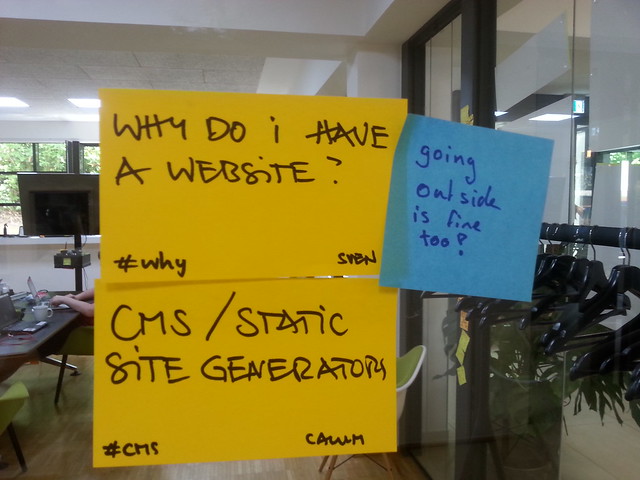 I talked about how I would like to have something like livejournal used to be - a place where you can talk about your day with your friends. This needs friends only posts and comments. I have a bit more work to do on the site to implement friends only posts, then I will see about comments. There seem to be a lot of hassles with trying to do private webmentions, and I came to wonder if it is trying to force something into a system that was really not designed for it. ActivityPub instead?

I was also interested in considering trust relationships and how to model these on the web, with a specific application in mind of couch surfing. I would like to make a standard for marking up couch offers and requests, and syndicate these with trustroots. I would also like to be able to search the social graph for people in places I am visiting, and see trust relationships for visitors.

Trust graphs could also be applied to credibility of web content, which is something the W3C Credible Web Community Group is working on. The credweb group is just starting up so I joined it and will try to follow what is going on at least. It would be good to have a trust network that can work in the IndieWeb.

We also talked about readers quite a lot. I would like to start using an IndieWeb reader - at the moment I, and I suspect many others, use twitter.

I also learnt a bit about web standards in general. I was wondering what happened to XHTML, and why I cannot just use RDF and XML and everything is simple and works? Why do we need to parse HTML and use class names as markup? I believe what happened is that people failed at writing valid XHTML. This meant browsers decided they had to try and work with what they got, valid or not, so they invented HTML5. They had to work out what to do with any sort of HTML like input anyway, so they decided to just write up what they have to do as the standard, rather than try to tell people to do it properly. W3C didn’t like this, so the browsers made their own standards body called WHATWG.

We also talked about live data on IndieWeb sites. I would like to publish my local situation - including for example weather, water depth, speed, other ships in the area - basically what is in the NMEA stream I get from the boat. I will probably put this information on a map. Aaron Parecki does some stuff like this, particularly location logging.

Most of this discussion happened while lying on the bank of the Rhine, or near the docks. 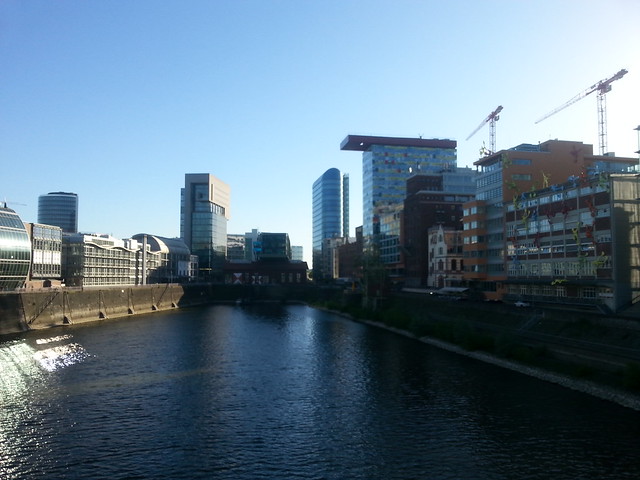 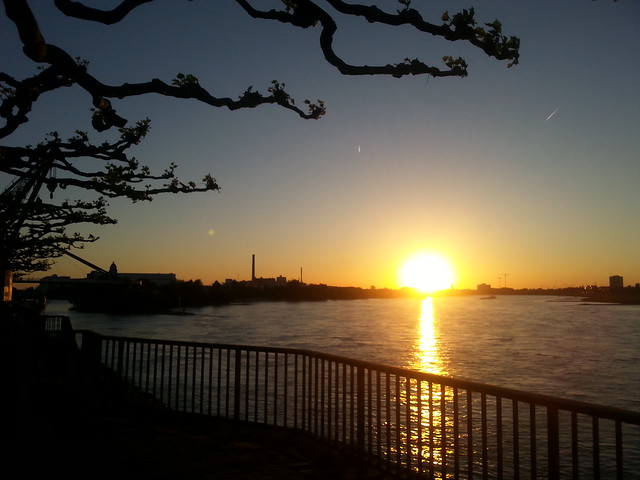 After sunset I went to a flat where I was couchsurfing (actually a place from trustroots) with an old snoring dog. :) 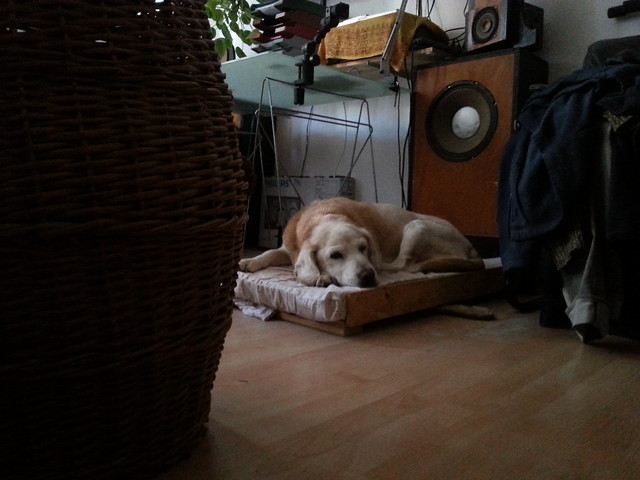