I have not been blogging for ages, so I think once a year post might be the new target. Here is 2017.

I began the year feeling quite sick in the tower that is the Hamburg Radisson, which I was forced into after vomiting on the floor of the congress centre. The original plan was to hitchhike to Berlin after the party and couchsurf, but I wasn’t up to that, and this was the only place that had any rooms free on no notice at New Year. It was also quite convenient. :) I felt better after the first night but got worse again, possibly because of trying too hard at breakfast - but I had to make an effort as it cost more than I might typically spend on food for a week. We also amused ourselves by ordering the fanciest pillows from the pillow menu (yes, apparently a pillow menu is a thing), which were delivered with a salute.

After my annual CCC congress holiday in Hamburg, I returned to this winter’s home of Gran Canaria and toured the island some more. I made my first visit to Gui Gui, the hidden hippie beach. It was worth going. Pretty windy and wetter than I would like though. Had a good spa day of massage with sand. :) There were puppies and kittens! The mother dog took the puppies for walks on the beach without any humans involved - they lived at a house further inland. Also explored more caves around the island, did some walking. 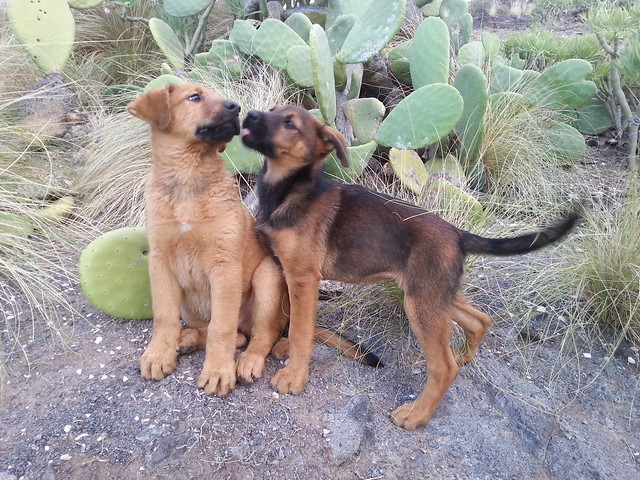 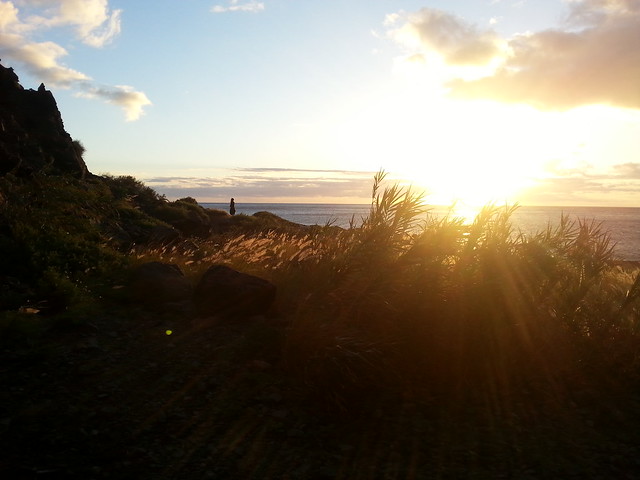 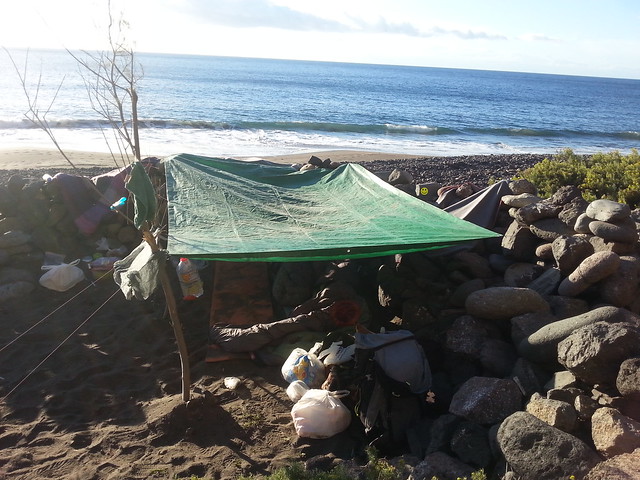 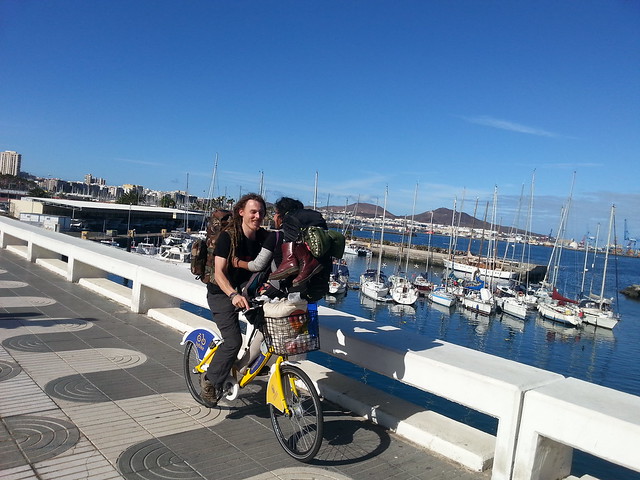 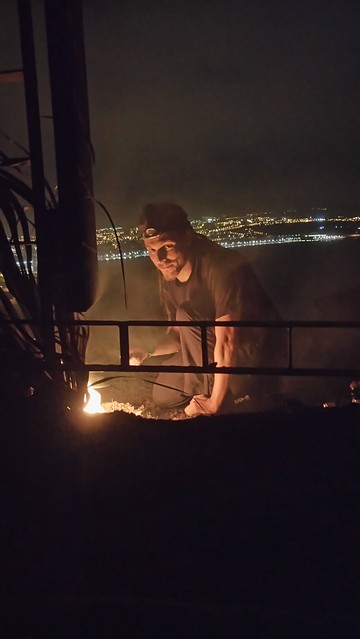 Went to Scotland for the rest of the winter / spring, where I didn’t do much until it was time to go back to Sweden, with some essential supplies. 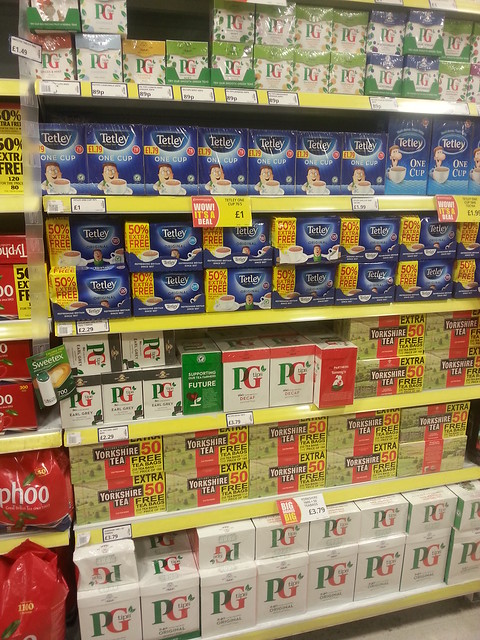 There was plenty to do on the boat. Painting the keel and antifouling everything. This was made harder by the temperature - the paints needed minimum 5C or more. I think the vactan needed 15C to work properly, or at least 10C. While trying to sort this out, it was snowing. We managed, just, by building a heat tent around the keel. 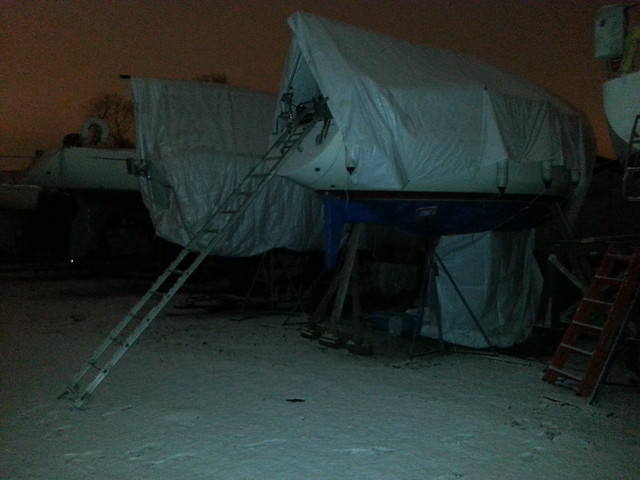 Lots of other jobs in the boat - I think I’ll post about that separately.

While working on the boat, we lived in a tent nearby. Sleeping on the boat at the yard was not allowed, and would also be hard with the state of it sometimes. There was snow on the tent. 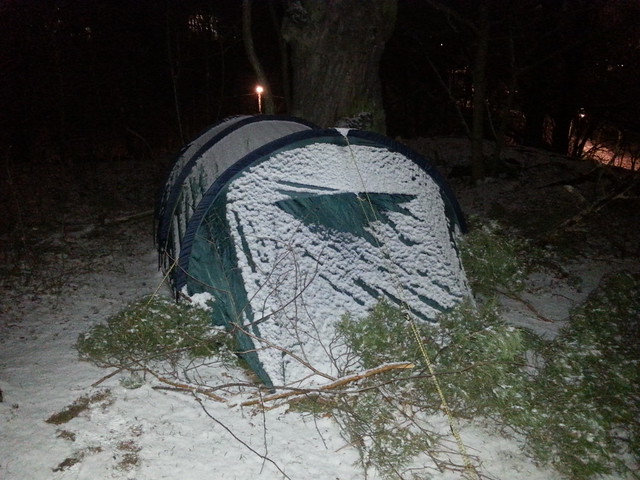 Eventually we launched, and then lifted out again to fix a leak, and then launched again, and finally left Stockholm. 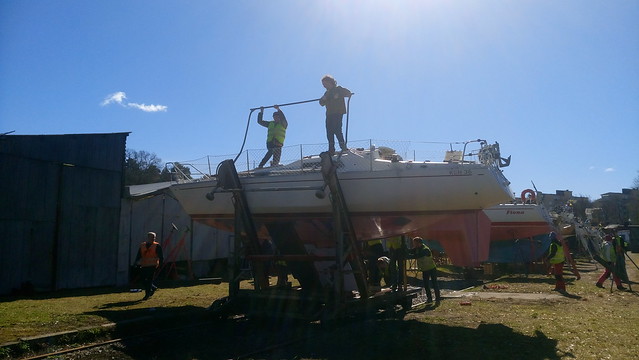 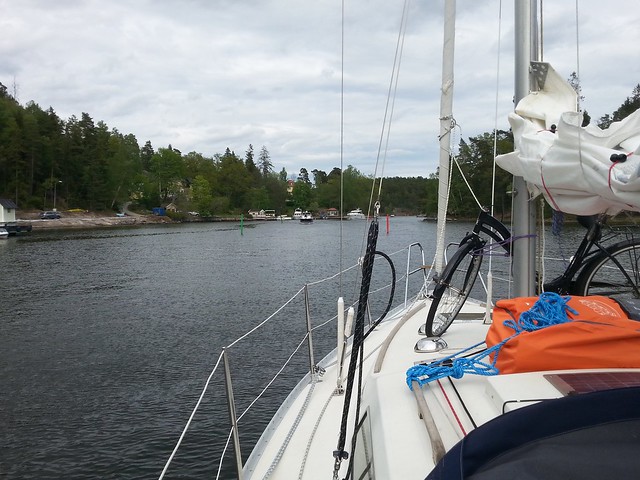 I enjoyed the archipelago, particularly an island with a wood fired sauna that was open to the public, with a good view over the sea. We went out every so often over a period of hours to check on how the sunset was getting on. It got redder for a while, then started getting lighter again. 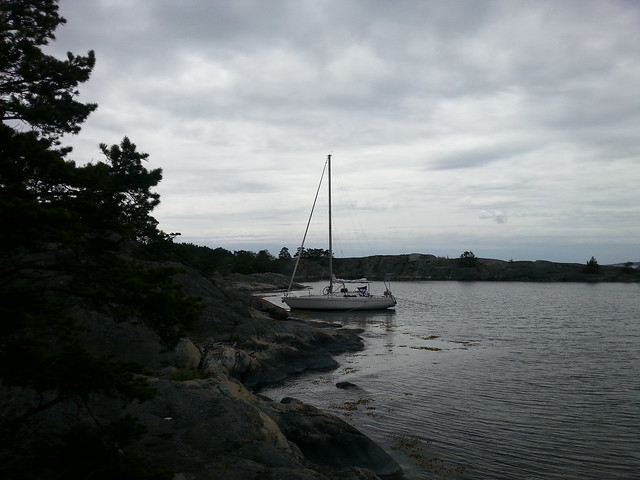 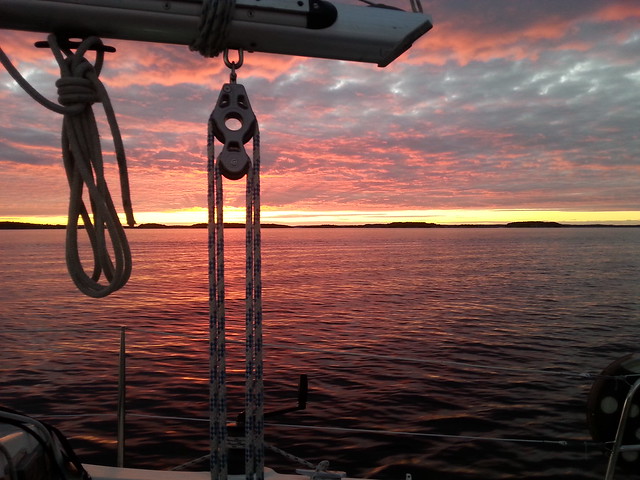 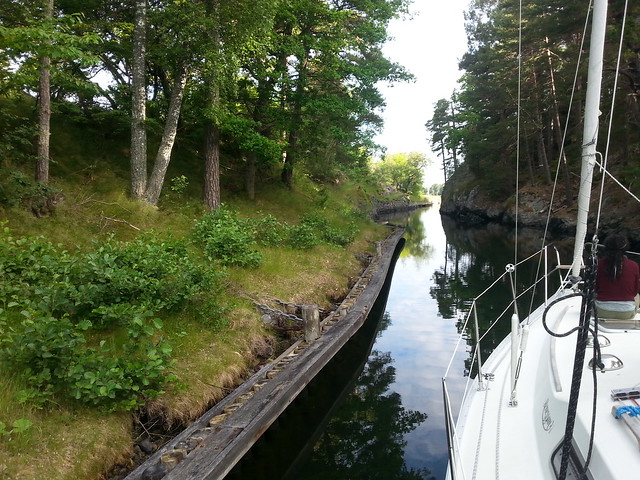 Generally learned how to sail the boat and how to tie up to islands in the Baltic style. The water was very smooth in the archipelago, so we didn’t really get our first taste of waves until we went to Gotland. 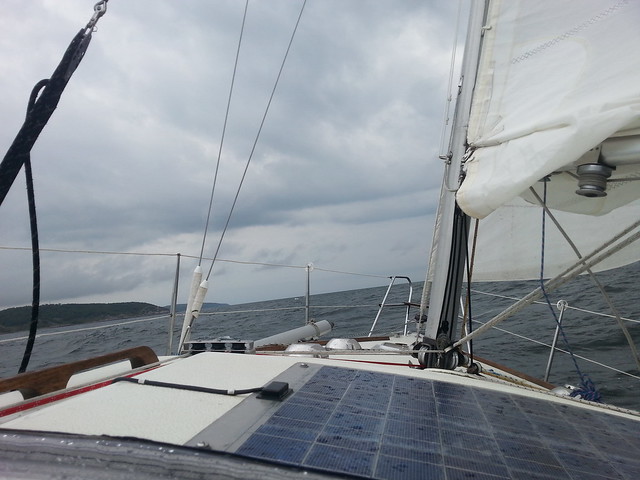 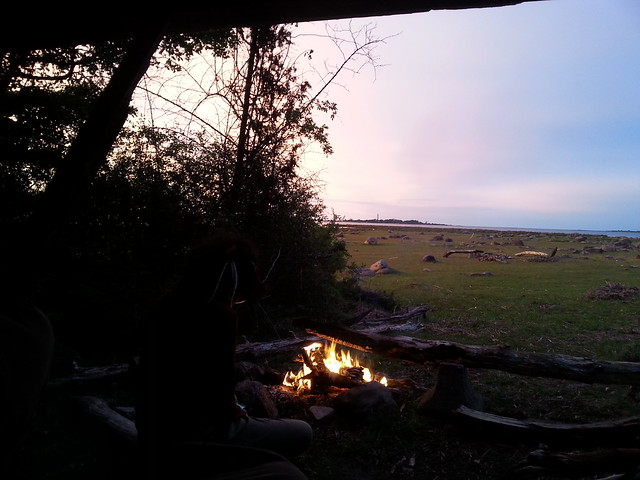 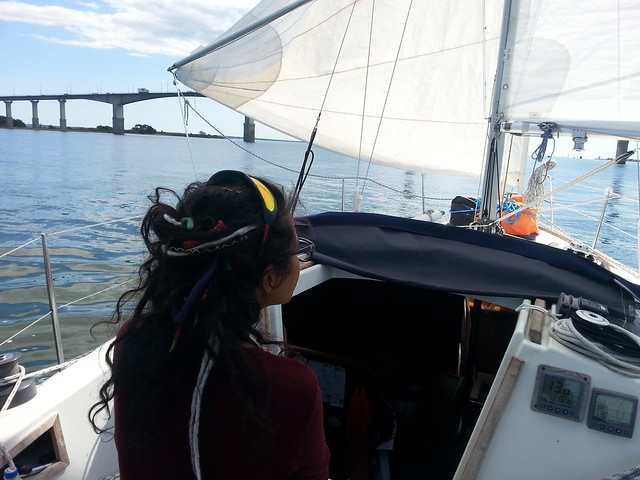 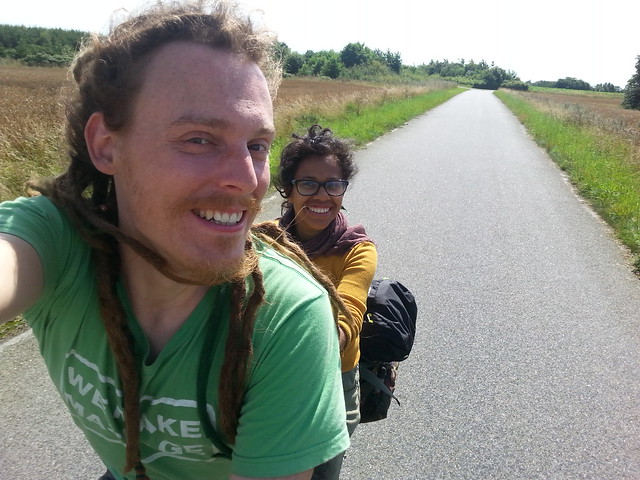 After Gotland we went to Öland, Bornholm, and Rügen. We tried and failed to get to Poland after that. A strong wind was coming from out destination and we made very bad progress with the rolled up genoa. Really need to get a working jib and storm sails. Instead we went round Rügen. After Kiel I was on my own, and it was getting on for the end of the season, so I looked for somewhere close for the winter. I would have like to stay in Kiel, but the monopoly harbours do not provide electricity in the evening or night during the winter. Seems they really don’t want you to stay on your boat. Instead I took the boat along the canal to Rendsburg. Rendsburg is super boring, but good for the boat as they have a bubble marina to try and stop the boat being damaged by ice. I enjoyed motoring along the canal on my own. Didn’t handle tying up in the locks very elegantly, but I managed it. 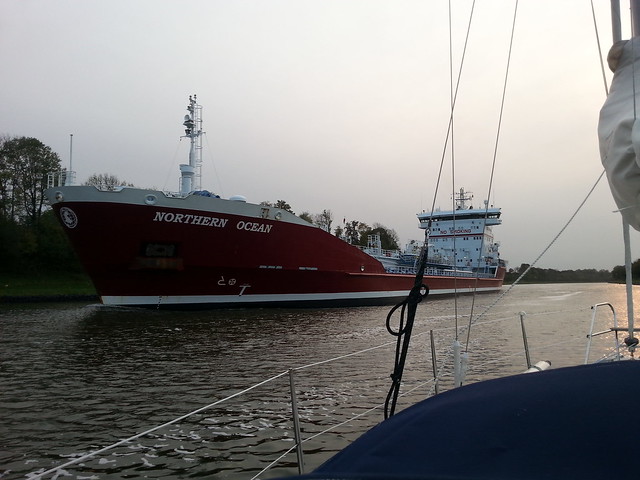 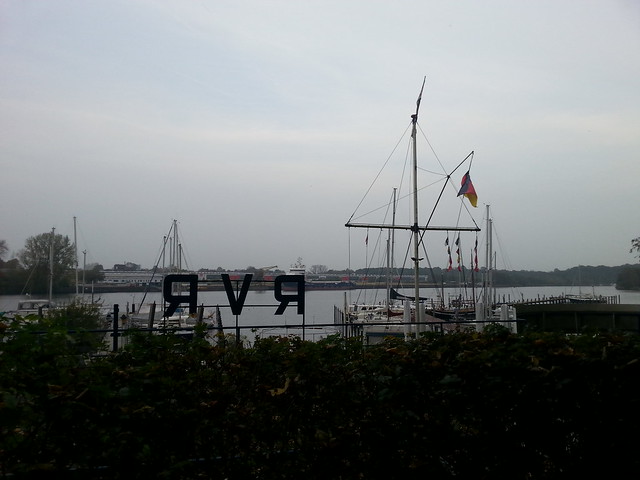 Visited Edinburgh for Christmas, which is something I’ve not done for a long time. Somehow felt like it this year. Generally felt like facing winter rather than avoiding it.

Wasn’t sure if I’d go to congress because I was a bit tired of it after going for four years, but I finally decided to go in the end when discovered a friend would be there I hadn’t seen for some time. It was a good decision, to return to society a bit and talk to more people after mostly hermiting recently. I felt better after it, even though it was not as good as previous years and I didn’t much like the Leipzig Messe. “Je Suis CCH”, as a sticker said. 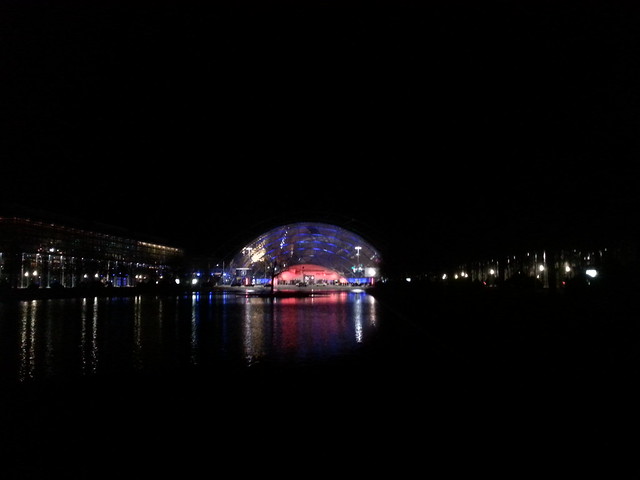 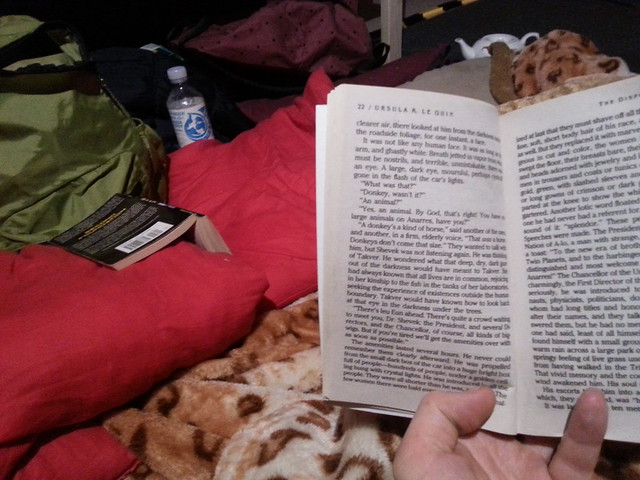 I got back to the boat in time for fireworks over the lake. 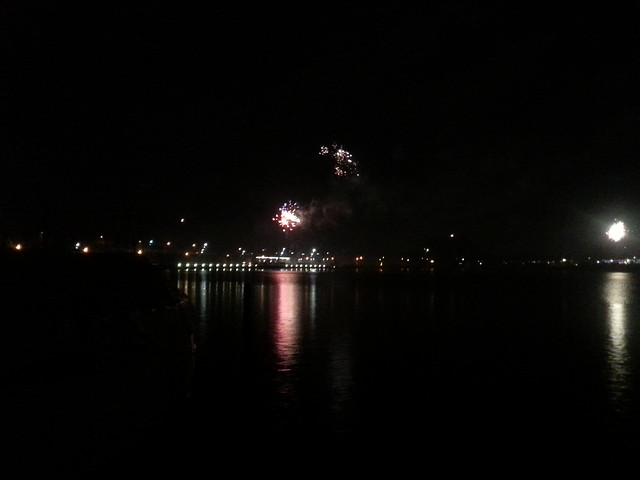