“subjective effects can range from short-lived milder psychedelic states to powerful immersive experiences; these are often described as a total loss of connection to conventional reality with the encounter of ineffable spiritual/alien realms.” – wikipedia

People who accompany you in an immersive experience of encounters with strange creatures in an alien realm. – me 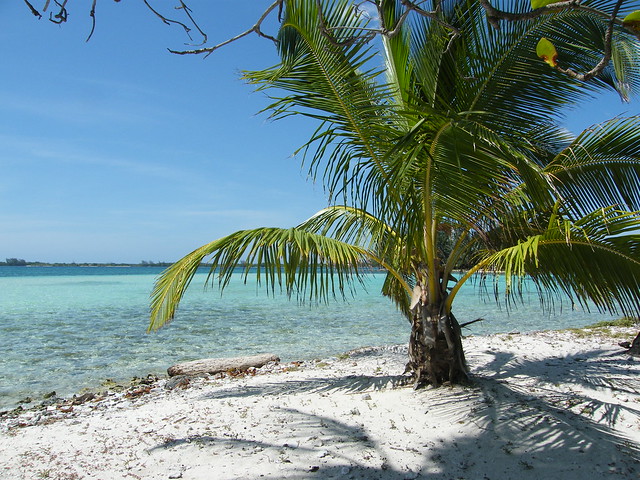 Underwater, perception changes. Everything is 33% bigger, sound is different and faster, gravity can be countered allowing you to fly, and everything tastes of salt. The trees are pink, and the birds are very strange.

I’m on the boat at the end of my holiday trip to Utila. I feel a bit sad, but I don’t think I’ll miss the place. I didn’t think I could stand the dorm room for more than a couple of days, but then I realised I stayed for twelve.

I learned to scuba dive here. It’s not something I had ever thought about before, but since the Yucatan, people were talking about it. You can dive in the Cenotes there - gateways to the Mayan underworld, and there is also the Mesoamerican reef that runs all down the cost from Mexico to Honduras. I learnt that Utila is the cheapest place in the world to take diving courses, so I thought I might as well try it.

I did some snorkelling first, off Caye Caulker, Belize. This was a good introduction, because once you get used to a mask and breathing through a tube, it doesn’t really make much difference to how it feels on your face whether the tube is connected to the atmosphere or a tank. The reef was more alive with fish and animals here than in Utila, too.

I took the PADI Open Water course, the entry level qualification that lets you dive with a buddy. (Solo diving is highly discouraged by most people, and should only be done with redundant equipment and extra training.) I decided to do the Advanced course too, after some thought, because I wanted to do some diving after the training, and the course didn’t cost too much more than just paying for some dives. It allows diving in more places too, and deeper.

I particularly liked a wall dive we did. It is a unique feeling to be able to dive off a cliff and not fall. Swimming along the top of the coral, then turning 90 degrees down, still swimming. The world rotates and you are free of up and down.

We also visited a wreck, and did a night dive. The scene of everyone descending into a circle on the bottom with beams of light from torches resembled something from a sci fi film; maybe a space ship landing, or a team going to recover a crashed ship.

I also found that there are some good people in Honduras, who don’t just try to steal from you, like the taxi drivers and the person who tried to take my camera out its bag in La Ceiba. There are still the people coming into what was my home for a while to try and sell me weed or failing that crack, and people stealing from the kitchen, but there is the occasional pretty engineering nerd and nyancat fan around too.

Actually I think diving is a bit of a geeky hobby. I met a couple of engineers, a physics teacher, a biologist / bird watcher, and a web designer. It’s not really a sport, being much like a casual stroll would be on land. It probably appeals to geeks because of the equipment and the required knowledge of physics, chemistry and biology. Looking at fish is the underwater equivalent of bird watching, too.

I’m on my way back to the mainland now anyway. I think I’ll make a brief foray into the jungle, then rejoin my bike and return to the cycling life. I forgot about cycling after a day or two here - it was a distant memory of a past life, but it is resurfacing now. I’m not sure I want to be working away in the sun and dust again, rather than floating weightless in the sea, but it seems to be what I’m doing.