The day I woke up with a fever and ended up in hospital.

I woke up in my hammock at the Guatemalan migration post at about 5am with a fever, but tried to ignore it for the moment. I started cycling later, and got about 20km along the road before I stopped at a petrol station. I was feeling pretty bad now. I could only just eat a biscuit thing (bran fruit, it was called) and I drank a bottle of Gatorade. I didn’t think it was a good idea to cycle further, and I would not have enjoyed cycling feeling like that, so I waited for a bus.

I had read that if you get a fever after being in a malarious area the first thing you need to do is get checked for Malaria. I thought I would go to the nearest town for a doctor, but I wanted to go to Flores as I thought that would be a nice place to recover, and also there would be a cash machine there. I didn’t know the exchange rate so only risked very little in pesos to the border based moneychangers.

The bus was something like a large minibus, with a roofrack where my bike went. This was the worst bus ride of my life. The road was stony, long, straight, and with nothing interesting at all to see. It is, I think, also the worst road to cycle I have ever seen. The bus was hot, and as the journey went on it got hotter. More people got on, and I started to feel worse.

At 1200, I got hold of my paracetamol and started pouring water on my head and face to try and avoid my brain overheating.

When it was getting really quite bad, on got a preacher who started screaming stuff about jesus at the top of his voice right beside me. I considered trying to tell him to stop but realised that arguing with a mad man would just encourage him. Interestingly the driver seemed to allow this. I was also concerned that if I said anything the rest of the bus would lynch me for being an evil atheist. I told myself that the kind of malaria you get around here is not fatal, but I was concerned about it anyway. I considered asking the preacher for the last rites - that would probably get him to shut up. In the end I realised I had some earplugs to hand, so fitted them to some improvement.

It would be a reasonable way to die anyway. A jungle in some exotic country seems a respectable death for a British gentleman explorer.

Finally we got to somewhere urban, near our destination. It was crazily busy, with Tuk-Tuks, other vehicles and people. People getting on the bus to sell refrescos and snacks. When we got going again it wasn’t too far to the hospital.

I had asked about a doctor initially but later asked them to drop me at the hospital. I thought they would actually take me there, but they dumped me on the other side of the road a few hundred meters away. I felt very weak and probably couldn’t think properly, but out of necessity I managed to load up my bike and push it across the road without being run over.

There was a kind man at the reception who took me to the emergency department, with my bike. They wanted to register me with my passport, but otherwise no paperwork, and treatment was free. I had to speak to several doctors before they decided someone knew enough English to understand. I tried Spanish first but apparently they were not happy with that.

They took blood and urine samples. I was severely dehydrated so I was given two bags of saline i.v. and some drug I can’t remember to reduce fever and pain. The tests for malaria and dengue were negative, but I might have had some infection. I think the main problem was that I didn’t eat and drink enough.

I watched a bit of Marc Beaumont’s Americas film before I left San Cris. It said he has to eat six meals a day. I laughed at that because there is no way I was eating that much. On the road through the forest mostly there was just biscuits and sugar drinks. Usually shops also had some rice and tuna, and occasionally some veg., but generally it was very difficult to eat properly. Anyway, it turns out if you go cycling in 35C, midday sun and don’t eat and drink properly, you end up in hospital.

I have now been recovering for a few days in an hotel and now a hostel in Flores. I couldn’t eat for the first couple of days but I had some smoothies. I’m pretty much recovered now and enjoying the food at Los Amigos hostel, which includes tofu and vegetable curry - possibly the only place in the country (except maybe Antigua) to have such things.

I think I’ll go and check out the warm showers place near here, clean the bike, and head to Belize in a few days maybe. 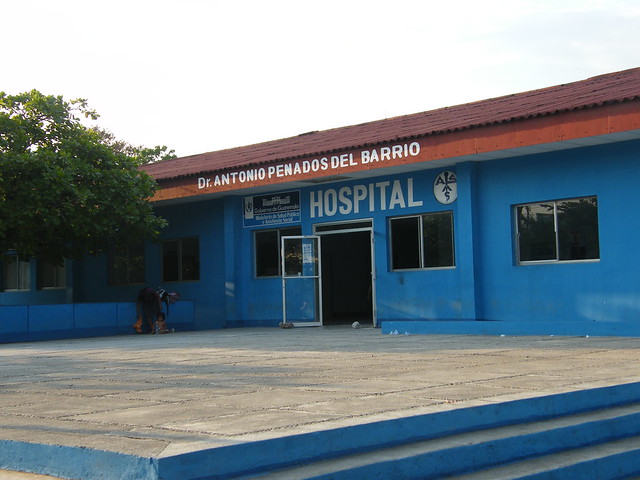 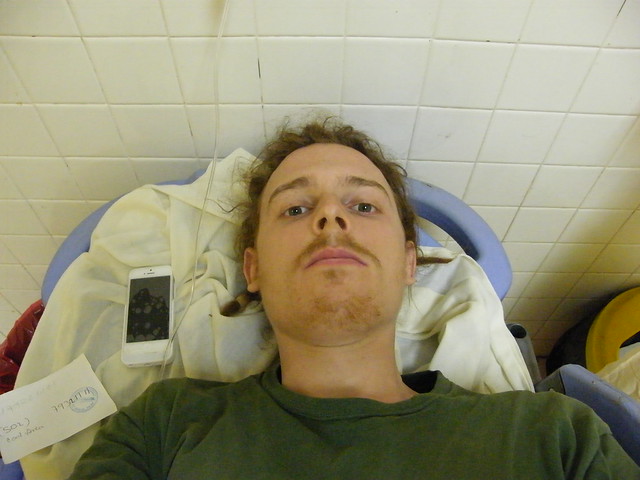 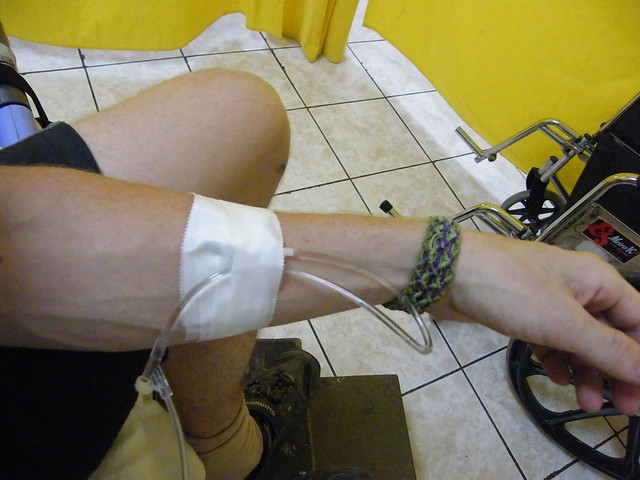 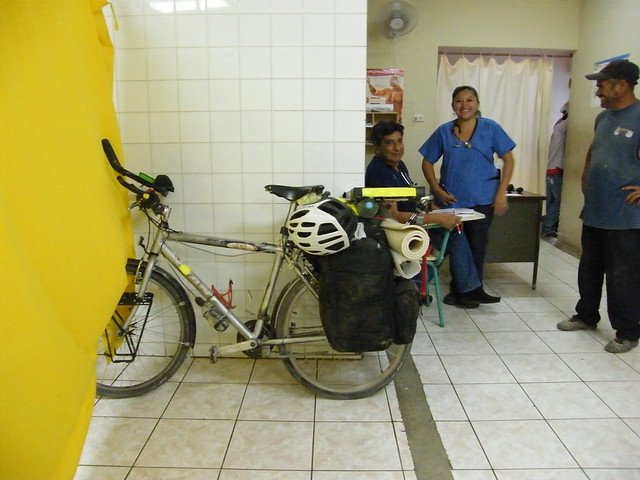