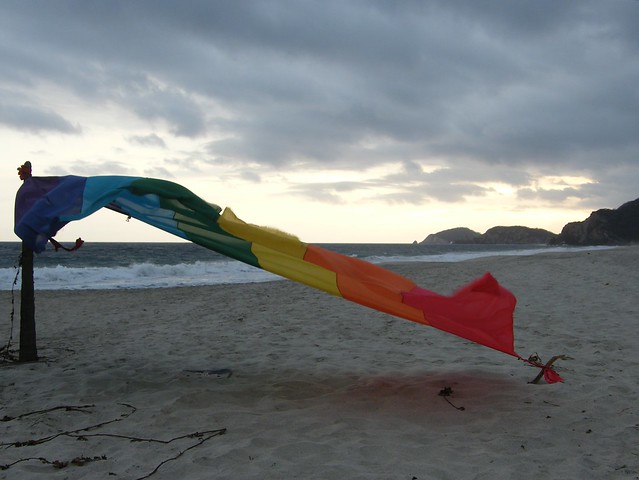 Somewhere over the rainbow, I found a coconut palm beach. Tropical, on the pacific coast, warm sea and freshwater lagoon, plentiful coconuts and mangoes, and rainbows living there. 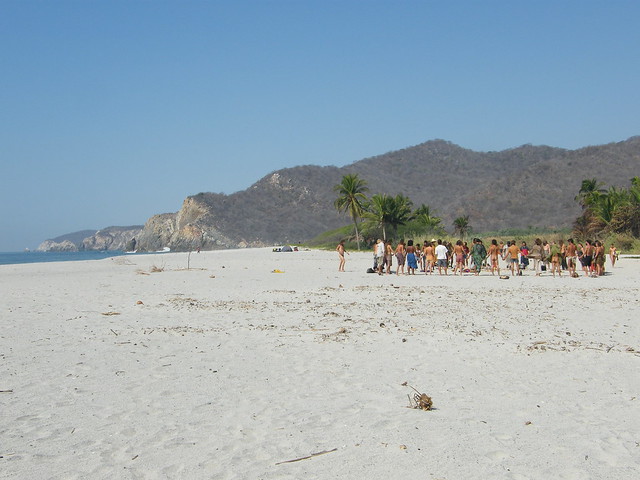 This was a Healing Rainbow Gathering. This meant that there was no smoking, alcohol, sugar or caffeine. The food was not all raw, but that was an option, and it was of course all vegan. The gathering felt happier, calmer and more relaxed than Palenque. There were far fewer people, and they were not coming and going all the time.

I stayed there for a week. Meditating, reading, drinking tea, eating coconut, swimming, and I learnt something about energy healing.

Whenever I used to hear people talk of healing, I did not know what they meant. People do all sorts of things for healing: energy healing, music therapy, laughter therapy and diets such as raw food, for example. I didn’t understand this because I thought healing is something you do or need if you are injured or ill. I did not think I needed to be healed.

However, I came to realise that there are things that can be improved, and what is taken to be normal is a far worse state than it should be. Many people are not happy. They argue and fight and do not feel good about life. There is something wrong which can be fixed. I think it is this sort of thing that people mean when they talk of healing. I asked someone what it meant, and he said something about increasing your vibrational frequency. I’m not sure what that means though.

Someone ran an energy healing workshop. I didn’t know what this was, but I thought I might as well go and try it. The technique was to try and reach a state of mind without ego, and then allow energy, or qi, or the great spirit, or whatever you want to call it, to guide your hands over the patient. I think the idea was to guide energy to flow in some way such as to heal. He explained that you were not really doing anything, and were more like a conduit.

I tried it. I could feel, or imagined I could feel - it is hard to tell - something when I held my hands over someone. I didn’t think too much about what I was doing. Asking her, it seems that there was no effect on my patient, but the experience certainly left me feeling different. I attained a very relaxed, meditative state of presence which lasted for some time afterwards. I didn’t feel much when I was worked on.

A couple of people I have spoken to about things like this have spoken of intention. The idea is that what you do does not really matter, what matters is your intention, and what you give your attention to. He spoke of putting his hand on an injury, and focusing on it with an intention to heal. I would guess that things like this have a strong placebo effect in credulous patients and could indeed make people feel better. Ultimately the purpose of medicine is to make people feel better, so you could say that this is useful, even if it does not physically do anything.

Another interesting thing about this gathering was that I did not get ill. I was eating some raw food prepared by innumerable dirty hippies who were not washing their hands with soap, and probably some where not washing hands at all. I felt healthy the whole time. Since I have been back in civilisation I have had soft stools and been farting a lot, and generally not feeling as good. I have not been sleeping as well either. Artificial food and light really do seem to be bad for me. Maybe it is the tap water here which I consume in small quantities from things like washed vegetables and tooth brushing. At the rainbow though I drank well water and accidentally swallowed some from the laguna than many birds swam in, and I did not get ill. 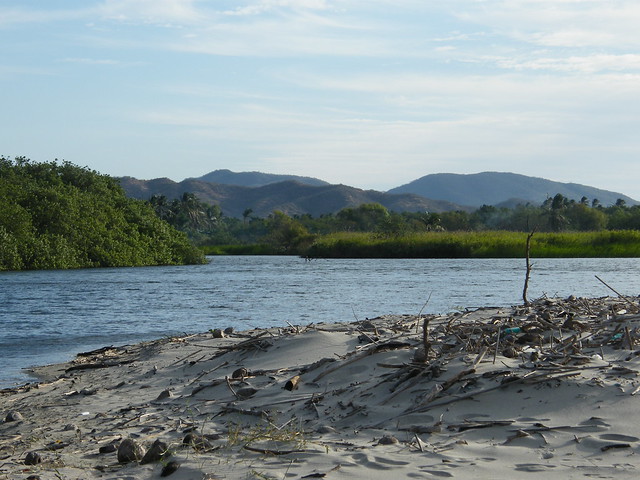 I was also introduced to coconut cheese. Some people discovered that some old coconuts taste like gorgonzola. The texture is similar to cheese as well. This was considered a delicacy, but I was a bit suspicious of it. It could be marketed as a vegan cheese replacement, and I am surprised it has not been already, as it is very good.

I slept in my hammock most of the time. I slept well. It turns out thought that it was not very comfortable for two, because there was no space to move. 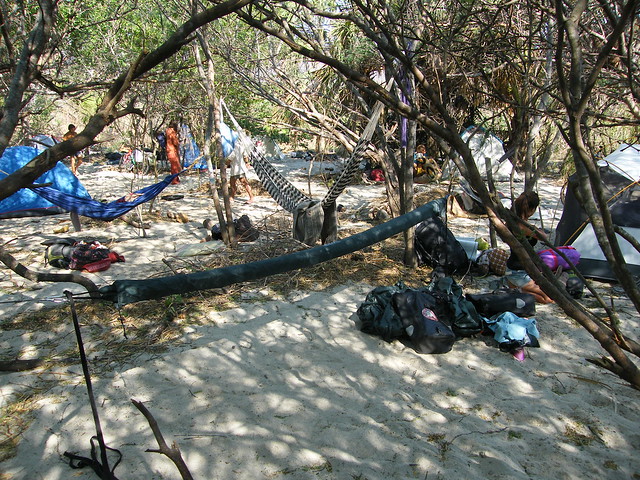 Overall, I enjoyed this gathering. I was much happier than at the Palenque one, and I learnt some things. It was good to be by the sea after so long in the mountains.

There was some excitement at the end of the gathering too. I’ll write about that in a further blov post.