A couple of weeks ago I went to NorthernRST, a one day conference in Aberdeen. It was organised by people from the 57 North hackerspace and the Scottish Consulate.

It felt similar to going to Hacks on the Beach, as I was heading to the north of a country on a train. The train journey was not bad, after we managed to get it, as the previous one had been cancelled. I liked the coastal route and views of the North Sea.

There was one track of talks. The first was about “Citizen’s Ocean”, a project to make cheap oceanographic sensors. A film canister sized temperature logger was presented. I’d be interested to know what else I could put on my boat, and what accuracy is needed to be useful for something. What about salinity or turbidity? Turbidity sensors seem to be expensive and a bit complicated because you need to deal with fouling. Who would use this data and what for? Can it help climate research or weather forecasting? A sensor package that could be fitted to yachts could be developed. Maybe linked with crowd sourced bathymetry.

Shell spoke about using NixOS for hosting personal servers. Mostly I learnt a bit about NixOS. Basically seems to be a standardised configuration format / file for a whole OS, so system can be specified in one place. Seems like it would be more reliable that what I do now, which is run Ansible. That takes quite a lot of maintenance for the amount of use it gets.

mc.fly gave an amusing talk about playing with number plate readers. I think the key points were number plates are used as access codes - they are basically passwords, but are in plane sight and trivially copied. Also the cameras may not handle user input properly, e.g. sql injections. Magnetic loops think fire extinguishers are cars. :)

Ian, irl spoke about HamBSD - a modified OpenBSD for amateur radio. He’s got AX.25 and APRS implemented. I’m a fan of OpenBSD and look forward to having a reliable, modern, amateur radio network. :)

Andrew O’Rourke spoke about building phone systems, and now I want a Cisco phone, but I never phone anyone so that’s hard to justify.

The next day we went to the 57 North Hacklab, which had recently moved to a business park. It feels a bit odd being somewhere that reminds me of work, but it does seem suitable. There was lots of radio and a most unusual delicacy - mulled buckfast. :p It was drinkable after getting over the fumes. 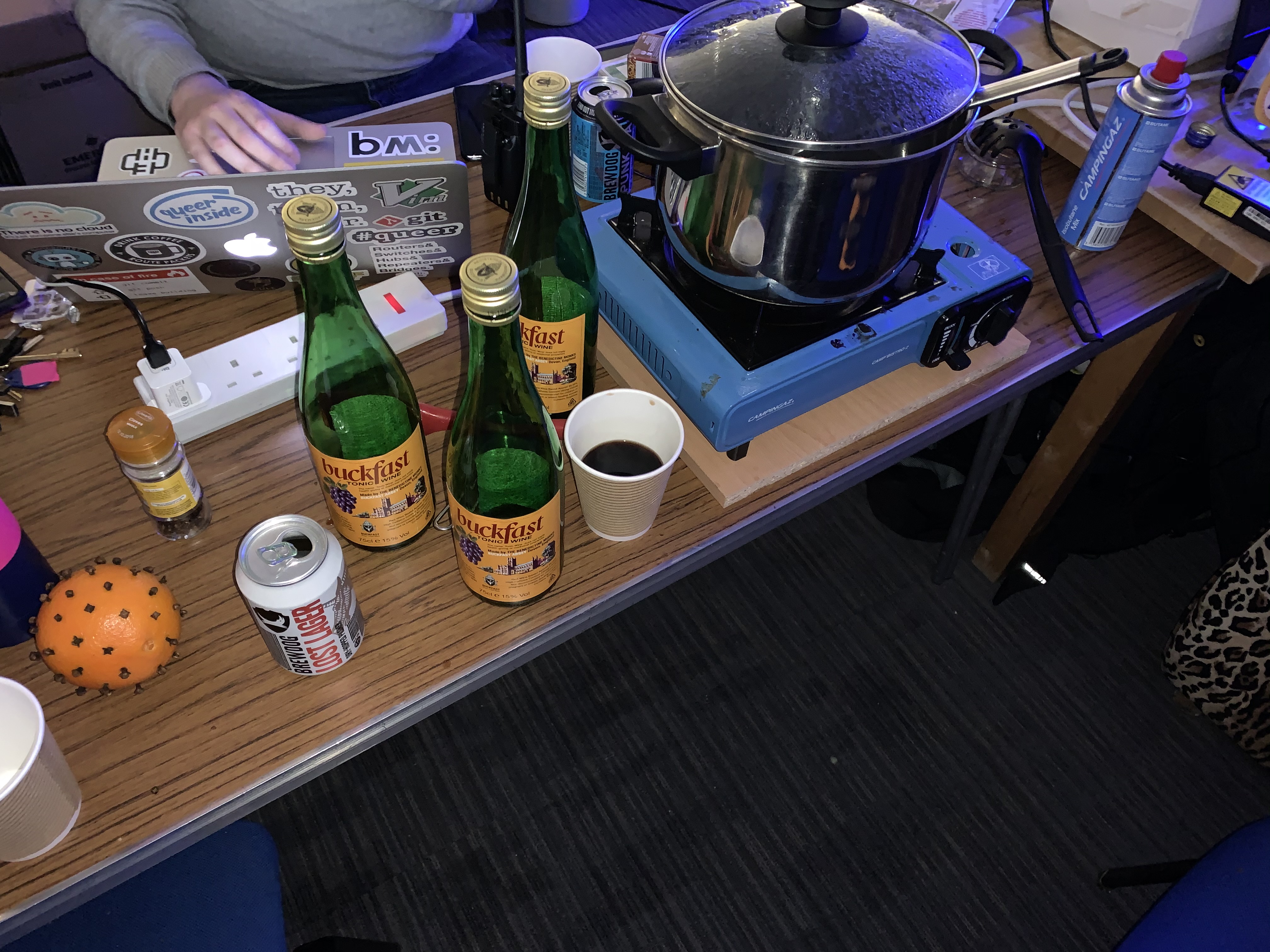