I sometimes experience a feeling or emotion which seems to be triggered by infrastructure. It has come, for example, when in a server room watching the blinken lights, thinking about the national grid, or being in the City of London, which comes with a sense of being at the centre of a large network. Also the BBC News intro with the satellite dishes and lines suggesting communications links. Also being in a projection room, a theatre control room, the engine room of ship, a backstage corridor, a basement, a boiler room.

I suppose the common theme here is a sense of connection and being part of a system. In many cases though there is also a sense of distance - looking down on the world and observing. The cat on a shelf keeping an eye on things from a safe distance.

I suspect this feeling is not specific to infrastructure, but is probably triggered by other things for other people. Maybe this is just the engineers’ way of insight of god.

I remembered when writing this also a time in a house, high up on a magic island, where the tap had a sign saying “Holy Water”. The intention was to avoid waste, and it was normal tap water, but we agreed that it was indeed holy, as it is something that keeps people alive.

Infrastructure is generally like that. The civil engineer can probably see the beatific vision in a sewage treatment plant.* 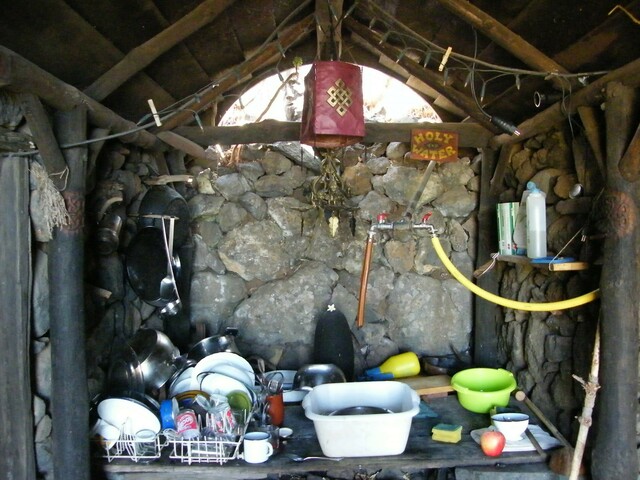 The Temple of the Purification of the Dishes

* This idea is stolen straight from Alan Watts and his beatific ashtray.