I bought this battery charger with a Canon EOS 350D, my first SLR. I wanted to check if it was any good before I trusted it with a new battery. I am designing a power system for my bike at the moment and have been reading about batteries and methods of charging them so I am interested to see how it works and need to decide whether to use it on my bike or to make my own charger. 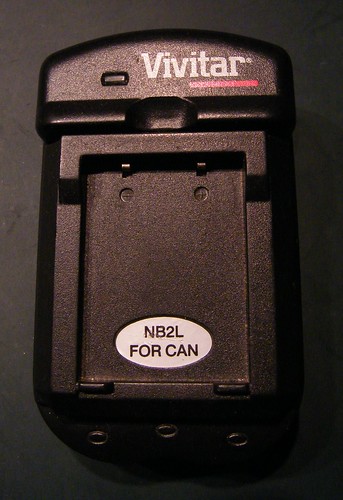 One of the first things I noticed was the missing components. The filter inductors and capacitors on the mains input are missing. These components are important in a switching power supply to avoid transmitting noise over the HF spectrum. Probably what has happened is they were put in to meet regulator requirements, then once the design had been approved they were removed to save money - most people would not notice. This is really nasty and poor quality, and probably illegal. 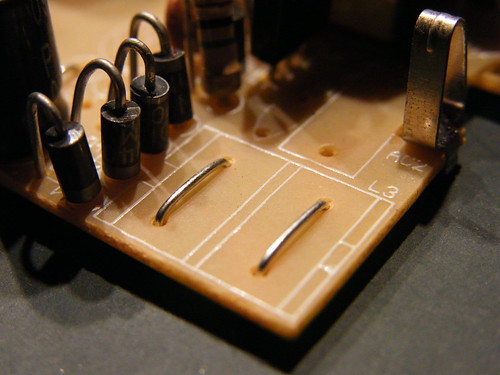 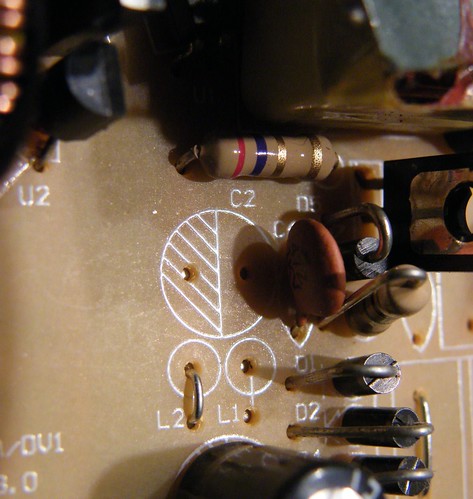 There is no DC converter chip or microcontroller - it is made from discrete components and a comparator IC.

Does the charger correctly implement a charging algorithm which is good for the battery?

I investigated the output by loading it with resistors. I powered the charger with the DC “car charger” input rather than the mains. 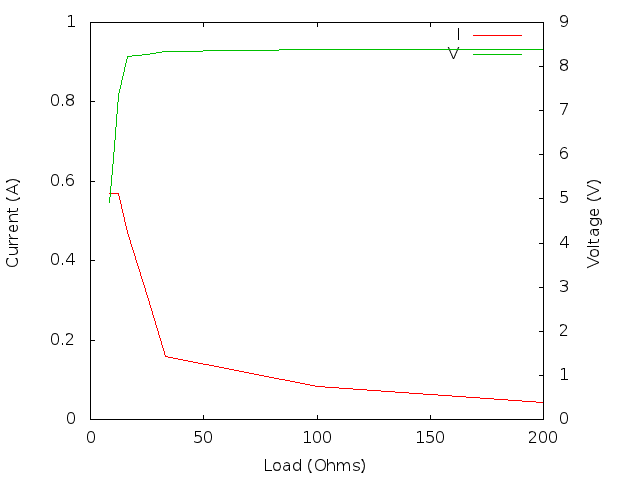 The data shown above are here.

The charger supplies 0.57A until the voltage reaches somewhere between 7.35 and 8.22 volts and then eventually settles down to a constant voltage of 8.39 volts.

However, typically when a cell is discharged to below about 2.5V, it must be charged at 0.1C or less until it reaches 3V [3]. The charger is happy to supply 0.78C at 4.93V, or 2.47V / cell. It seems the charger could damage batteries which are severely discharged, perhaps by self discharge from being stored for some time.

The other difficulty is when to terminate the charge. This should happen when charging current drops to something like 10% to 3% of the peak charge current, depending on which source I believe. That is 17mA minimum anyway, and I did not measure that low, so I don’t know what the charger does. It is still charging at 42mA though. Some sources recommend a 1h timer to limit the constant voltage phase. It looks like the charger doesn’t have this. One way to simplify the termination requirement could be to use a voltage less than the peak, which this charger seems to do by 10mV. This might avoid overcharging but not fully charge the battery. I don’t know for sure though.

I also note that the charger does not make use of the temperature terminal on the battery.