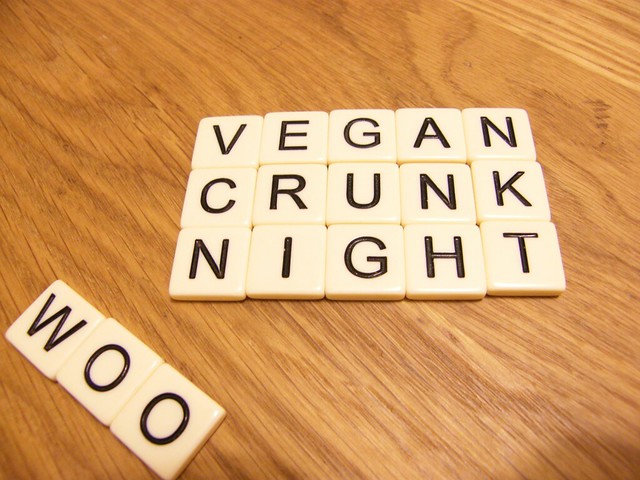 I organise a vegan crunk night.

Now that I am eating vegan, I feel like I can somewhat legitimately organise a vegan crunk night. I still don’t know what one is meant to be, but that didn’t stop me and on Saturday we had one. There were tasty vegan noms, potluck style. Apparently crunk is a kind of southern hip-hop, but none of us were keen on that so we decided table top games would be a reasonable substitute. :)

If you don’t know what I’m talking about you need to watch this excellent video.