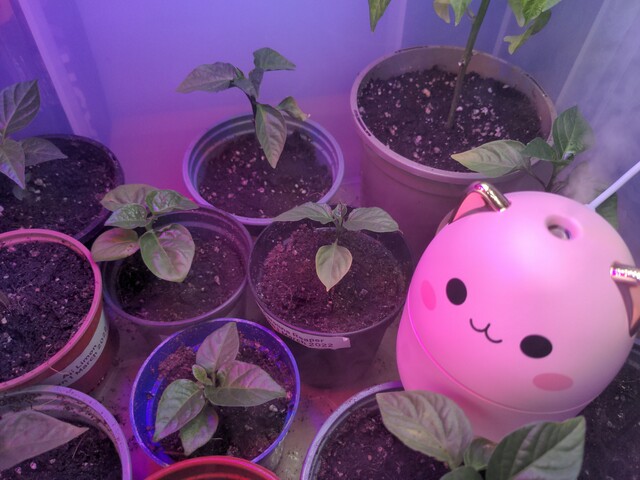 I bought an ultrasonic humidifier from Aliexpress. I was looking for one for improving the environment for my chillies, which seem to prefer higher humidity than is normal here.

Obviously I bought the cat one. There are probably more efficacious choices, but this one makes me happy. It is a Totoro Cat, watching over the plants and making them grow.

Inside there is a water tank, and a cotton rod which wicks water to the transducer. It looks like a piezo, but must have microscopic holes in it because water goes through the middle. A spring holds the wick to the disk.

The tank is specified as 200ml, and it takes some hours to get through it. In a small room, it makes little difference to humidity sensor readings unless it is spraying directly on it. Maybe increases by 5% RH, but hard to tell with the noise. I think something more powerful is needed for a room, when I want to raise humidity from around 40% to 70%. The tank size is also a limitation.

I wanted to automate the control with a humidistat. I thought I could just switch the USB power, but there is a switch on the back of the cat’s head which needs pressed to turn it on. I had an though idea.

I opened the cat and found, as expected, only the power lines of the USB connector are used. I found the switch grounds an MCU pin. I connected the switch pin to the D+ and D- lines, so now it could be switched remotely. I used a 2k2 resistor for the connection for some protection. It would be better not to short the data lines, but it was hard enough to solder to the pins even without trying to just connect one of them. I think USB hosts are meant to be protected against any lines being shorted, but I shall avoid testing it. If I want to use it with at computer as power supply, I can do so with the supplied cable, which only wires the power lines anyway. With a full cable, I can connect it to my custom controller. 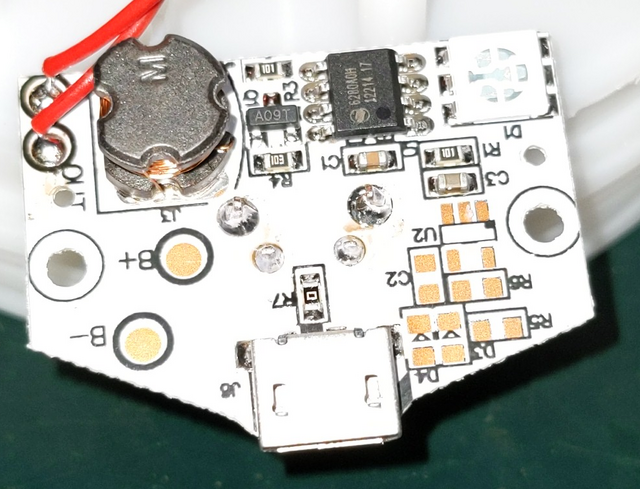 The driver circuit is very simple. There is a microcontroller marked 6280AOH. It looks like it’s probably a Sino MCU MC30P6280. This outputs a square wave to a transistor, connected to a coil and then the transducer, forming a boost supply. It also rainbows an RGB LED, and reads the button. That’s about all there is to it.

It switches at about 114kHz. Peak voltage on transducer 140V. I was concerned about voltage on USB lines, but it looks like the ripple is only 1V p-p, despite a lack of filtering.

There are much more powerful looking humidifiers which run on 24V, don’t look like they have a switch, and are submersible. These would be a better choice for more humidity, but they are significantly less cat. 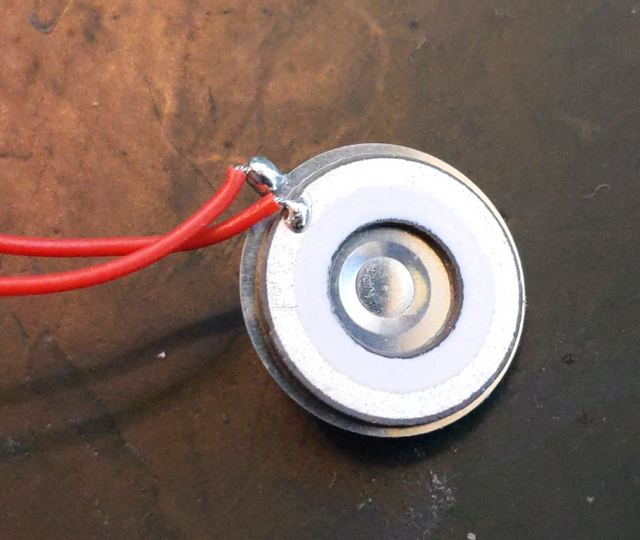 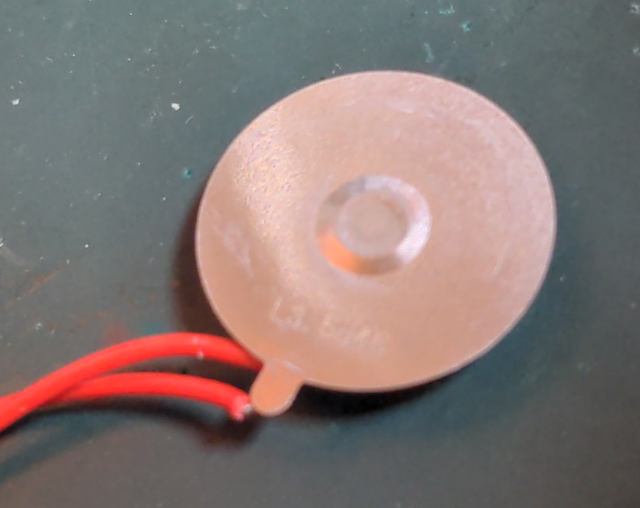 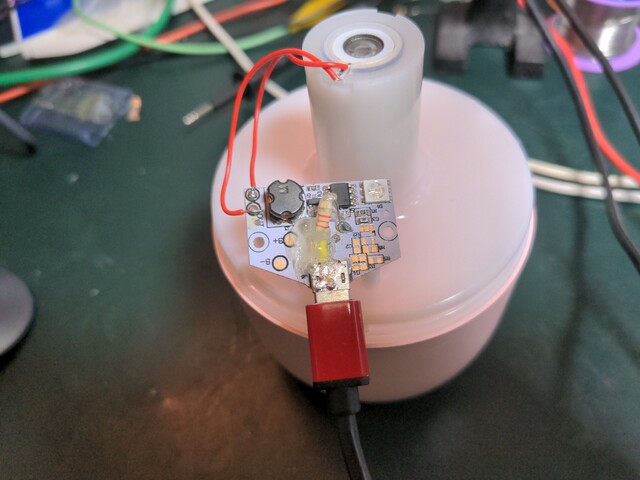 The resistor is actually soldered to the wrong switch pin here. I fixed it after the photo. The controller for the other end of this cable will hopefully be the subject of a later post.